Home Game Guides Who is Larry in Clash Royale 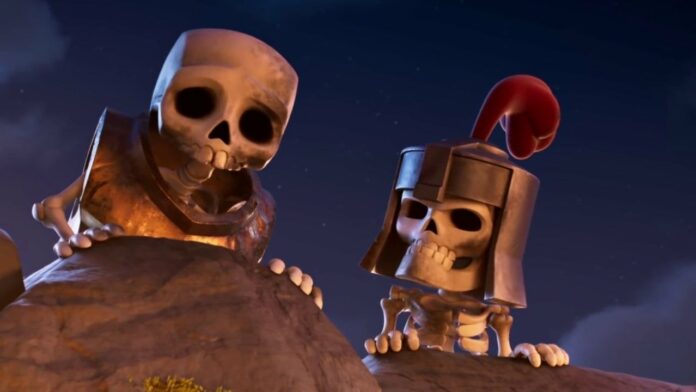 Clash Royale has a plethora of cards to choose from and you can experiment with several of them to see what best suits you and your deck. There are many character cards to pick from, each with its own set of abilities and weaknesses. The developers also keep adding new cards to the ever-growing list every other season. With these many Clash Royale cards, it can be a bit hard to keep track of each and every character. In this article, we will explain who Larry is in Clash Royale.

RELATED – How to Use Mortar in Clash Royale – Guide and Tips

Who is Larry in Clash Royale?

Larry is not a Clash Royale card. Instead, Larry is one of the skeletons from the Skeleton Army card. The character has been featured and referenced in multiple Supercell games. He was summoned by a witch in a Clash of Clans commercial. Later Lost and Crowned, a short Clash film, showed him and his brother Peter moving to the Clash Royale Arena to work for the Red King.

The developers have portrayed Larry as a shy, curious, and confused character. Peter, who happens to be Larry’s brother, is the only known relative of him so far.

RELATED – How to Use Skeletons in Clash Royale – Guide and Tips

Who is Larry in Clash Royale