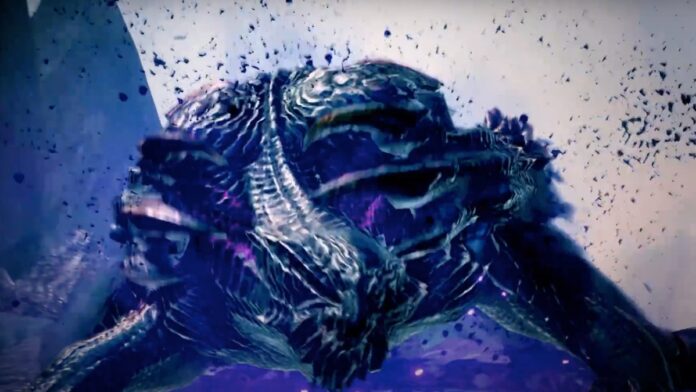 Capcom has been spoiling Monster Hunter fans recently with its reveals of what Monster Hunter Rise: Sunbreak has in store for us. For those unfamiliar, Sunbreak is an upcoming DLC for the game Monster Hunter Rise, the latest installment in the beast slaying franchise. It will have new monsters, new features, and the return of classic ones like Astalos.

A recent trailer showed the return of Gore, sending players everywhere into a frenzy of excitement. For those who never played a Monster Hunter game before Rise, you might be wondering who this famous beast is. This will tell you who is Gore in Monster Hunter Rise Sunbreak.

The Biology Of Gore Magala In Monster Hunter Rise Sunbreak

Related: What is Bloodblight in Monster Hunter Rise: Sunbreak?

Gore, like many of the franchise’s most powerful enemies, is similar to an elder dragon. However, it isn’t classified as one in raw form because there are just too many traits that make it its own thing. If anything, it’s closer to that of an insect because it has an exoskeleton, multiple forms, and the power to release dangerous spores that can infect both hunters and other monsters.

The first Gore Magala is actually the juvenile of the species. Gore has three other forms that it takes on depending on conditions. It’s unknown if any of them will appear in Sunbreak, but there’s always a possibility. The ability to change forms was what made Gore stand out to players when they were first seen in Monster Hunter 4. There’s the Tenth Angel Gore Magala, which is categorized as a special species. No one knows how the regular Gore Magala gets this form, but it is only found in specific locations.

A Shagaru Magala is a Gore Magala that has ascended to its final form and turned into an elder dragon. In this form, they are much more powerful, faster, and more calculating, providing a challenge for even the most experienced of hunters. They can use their powers to swoop up into the air and release their spores on anyone nearby.

Gore Magala takes on the form of Shagaru by molting. If this process gets disturbed, it will instead become a hybrid of the two, a half-evolved being. It is more powerful than its predecessor but lacks the smoothness of a Shagaru due to being trapped between forms.

The number one thing that makes Gore Magala a terrifying feat is because of what’s inside its spores. When released, the fumes let out a substance that causes both monsters and hunters into hysteria from too much power. It causes monsters to turn on one another, causing utter chaos. This power is mostly used by Gore to gain territory or to throw off an unsuspecting hunter. Thus, taking it down is no easy feat.

Gore being a part of Sunbreak is just one exciting part of the DLC that both new and old hunters are looking forward to. The fact it was not put into the demo shows that the creators really do want to save its novelty for the official release. For now, we’ll just have to wait until Sunbreak releases on June 30th, 2022 to see how this version of them will be put into play.

Who is Gore in Monster Hunter Rise Sunbreak – Answered