Home Switch Who is Cerberus in Hades? Answered 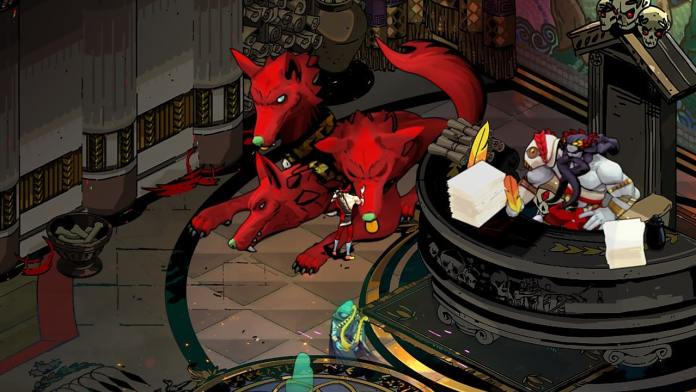 Hades is a great game that has tons of different things to do. One of them is interacting with different characters. In this guide, we will tell you who the Cerberus in Hades is.

Who is Cerberus in Hades?

Cerberus from Hades is a huge three-headed dog, which has a simple and understandable task, with which he generally copes well: it is guarding the gates of the underworld, in order to prevent the dead from escaping from there. As you might guess, Cerberus is the pet of Hades himself, and also his companion.

But the frightening appearance is partly deceiving: although Cerberus ate many who tried to escape or uninvited guests, many rumors about him are greatly exaggerated.

So, for example, you can even improve relations with him. The same methods work as with other characters: by giving him nectar, you will receive an old spiked collar from the dog in return. Its effects can be enhanced by going through fights with it:

You also have the opportunity to pet this dog. But be careful! There are rumors that when Zagreus left for the first time, Cerberus became so sad that he destroyed most of the break room.

Who is Cerberus in Hades? Answered