Home Guides Who Are the Warriors of Kamura in Monster Hunter Rise? 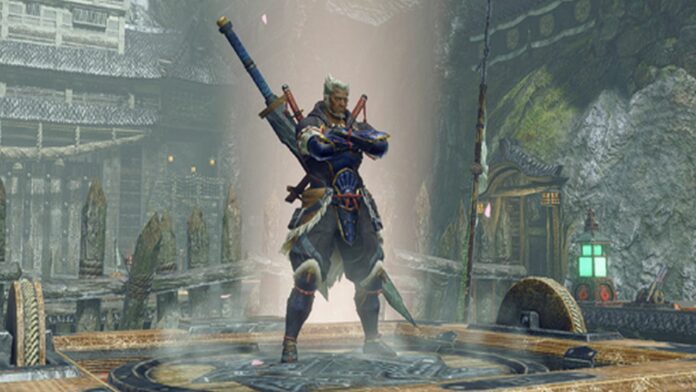 During Rampage quests in Monster Hunter Rise, players are supposed to protect the Stronghold from hordes of ferocious monsters, and so you need all the help you can get. Alongside regular Hunting Installations, the game features some special ones that are not available from the get-go, but they can turn the tide of battle in an instant.

Here’s everything you need to know about the Warriors of Kamura and other Hunting Installations unlocked by leveling up the Stronghold during the Rampage.

The Warriors of Kamura are powerful Hunting Installations that allow you to summon the inhabitants of Kamura village to aid you during the Rampage. Effects are quite varied, but they are extremely good and can turn the tide of battle in an instant.

Once summoned, Buddy Handler Iori unleashes an explosion that deals Blights to all enemies in range. This installation can only be used in the wave it appears in, so make sure to use it as soon as you can if it is available.

Chef Yomogi unleashes a Machine Cannon attack that deals repeated damage to enemies while improving your hunter’s attack power. It is the same effect granted by the Counter Gong.

Elder Fugen unleashes powerful slash and strike attacks that damage nearby enemies. This installation can be used until the end of the Rampage, so make sure to take advantage of its power to deal with the major threat and end the assault in one fell swoop.

Hinoa and Minoto use their Lance and Bow to deal damage in a wide area. This installation can only be used in the wave it appears in, so do not rely too much on it.

Master Utsushi not only damages all of the monsters near his position but also makes them rideable. While this installation appears randomly, it seems like there is a higher chance of it appearing in the wave featuring the Apex Monster. Use his ability to make monsters rideable to take down the Apex Monster without risking defeat.

As already mentioned, there are four more Hunting Installations that become available once you level up your stronghold.

The Counter Gong is an extremely useful Hunting Installation that increases the attack power of your hunter as well as that of the rideable monsters. The effect can only be bestowed once, as the going cannot be used if a Counter Signal is already active.

The Dragonators are powerful hunting installations that fire massive lances at enemies, dealing extremely high damage. The downside is that they reload extremely slowly, so they are best used against Major Threats or Apex Monsters.

The Splitting Wyvernshots are the area of effect variant of the Dragonators, as they can deal a huge amount of damage to a wider area, but take a very long time to reload. Use them only when needed.

The Power Kilns are located on the area walls and shorten the reload times of Dragonators and Splitting Wyvernshots considerably. They also speed up repair time for damaged buildings and structures, making them extremely valuable.

Who Are the Warriors of Kamura in Monster Hunter Rise?