Home Game Guides Where to Plant Saplings in Fortnite 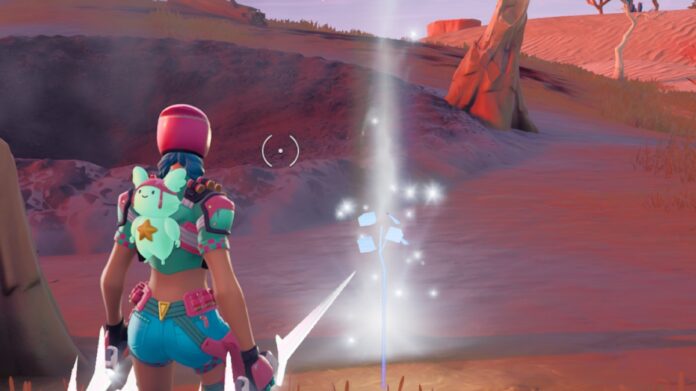 Fortnite’s Season Quests include calling airstrikes, dealing damage, and detonating explosives. One far more peaceful quest asks players to plant saplings at previous battle sites to ‘heal the land and regrow’ after so much devastation. There are 5 spots to choose from and three saplings should be planted to get the 20K XP offered. Find out more below.

Where to Plant Saplings in Fortnite

Three saplings must be planted at three different craters. These bomb craters are in clusters around the map in areas where battles have previously taken place. There are two clusters near Greasy Grove, two north of The Daily Bugle, and one near The Joneses:

When landing at the bomb crater clusters, players can see the white marker for each sapling quite far away.

Approach the marker and discover the sapling glowing and sparkling white:

Players must interact with the glowing sapling to plant it in that spot. There should be enough saplings to plant in that one bomb crater cluster so there is no need to travel to another site.

The only area with bomb crater clusters but no saplings to plant is near Tilted Towers. This is because there was still a battle taking place.

Where to Plant Saplings in Fortnite