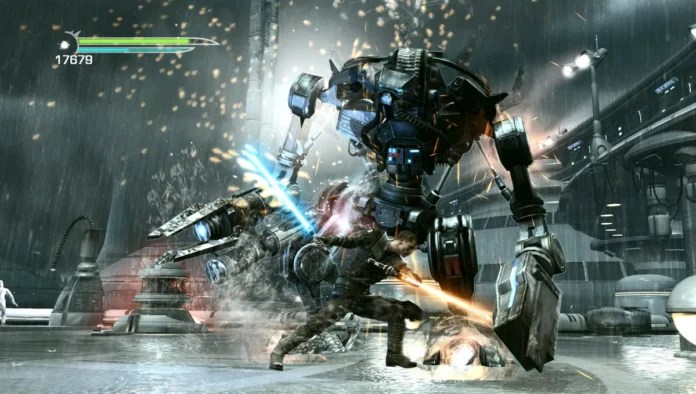 Starkiller uses a powerful lightsaber of his own that, while incredibly powerful in his hands, can also be customized to not only look aesthetically pleasing as per the player’s tastes, but also made more powerful using crystals. Today we will be talking about the Firkrann Power Crystal and how it affects the properties of Starkiller’s lightsaber.

In order to acquire the Firkrann Power Crystal, players need to go to Raxus Prime. Players will need to explore the area a little bit in order to find it. If they haven’t found it yet, it sits in the area before the boss battle after the 2nd junk titan. If players look above, they will be able to see it floating in the air.