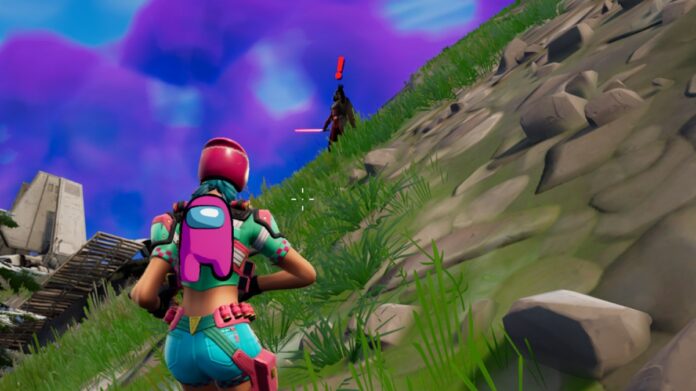 Darth Vader and his Imperial Army has landed in Fortnite! The Zero Point has found a way to bring Vader back to the Fortnite world, giving players the chance to fight him and take his deadly red lightsaber! Every match, Darth Vader and his Stormtroopers land their ship at an Imperial Docking Bay ready for a fight. Follow this guide and find out where to find Darth Vader in Fortnite Chapter 3 Season 3.

Darth Vader and his Stormtroopers land in a different random Imperial Docking Bay every match. There are 5 of these docking bays around the map. Each of them has storage areas containing Imperial chests which each hold an E-11 Blaster Rifle, Impulse Grenades, and a Med Kit.

Winning a fight with Darth Vader is tough but worth the trouble. If you defeat Vader you get to keep his red Lightsaber for the rest of the match. There are usually a couple of Stormtroopers with Vader so try to load up with a weapon before taking them on. If another player lands or visits the docking bay at the same time you may have time to grab an E-11 Blaster Rifle while they distract the troopers.

When you are on the Battle Bus you will see Vader’s ship going in to land. It is pretty easy to see where he is going, so you can jump out (don’t forget to thank the Bus Driver first), and follow.

If you lose him, you can find him again by watching for the marker of where he landed as you glide down.

Remember: grab a weapon before Darth Vader spots you- he will use the Force on you and pull you towards him before striking you down with his lightsaber.

That is how you find and defeat Darth Vader in Fortnite Chapter 3 Season 3! Good luck and may the Force be with you.

Where to Find Darth Vader in Fortnite Chapter 3 Season 3