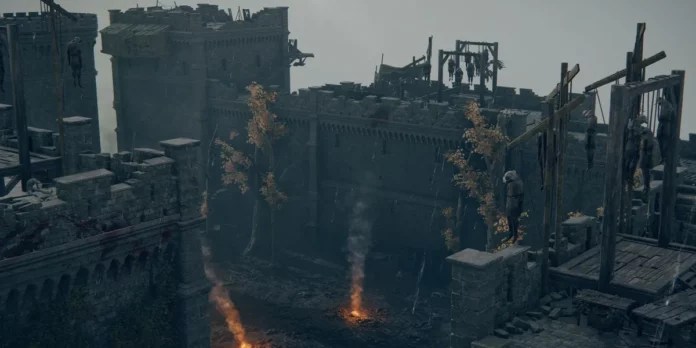 The Soulsborne games are known for their difficulty level, and Elden Ring is no exception. Each location has its own level of difficulty, some being less difficult than the rest. One of those locations is Castle Morne and it offers quite a fair set of challenges for the inexperienced Elden Ring player.

One of the more challenging areas of the Limgrave location, Castle Morne can be quite daunting and a spike in difficulty for players caught unaware by its dangers.

Castle Morne is home to one questline and one Great Enemy boss. The NPC Edgar can be found sitting on a bench up in a non-hostile area of the castle ramparts. Edgar is essential to the Irinas questline. Players will have to talk to him again after defeating the boss of the area.

Speaking of the boss, Leonine Misbegotten is one of the toughest Great Enemy early game bosses, especially for newer players. His quick and powerful attacks give very little room for punishment since he tends to recover and evade quickly after the attacks. Magic users will have to be careful since he is great at gap closing as well. The best bet to beat this monstrosity would be using a heavy strength weapon or a bleed weapon, since he is extremely vulnerable to both stagger and bleed effects. Having one of these weapons and learning the boss’ tells will make for a significantly easier fight.

Where to Find Castle Morne in Elden Ring on Steam Deck