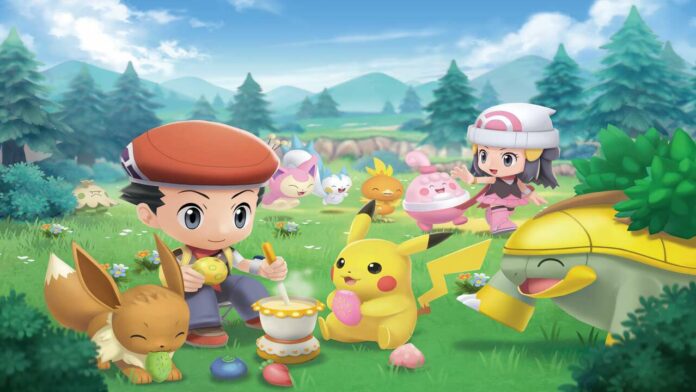 Bulbasaur, like the other first generation starters, is among the most popular Pokemon, so players are always looking for ways to catch it in new entries in the series and remakes like Pokemon Brilliant Diamond and Shining Pearl.

With some of the additions made to the Nintendo Switch remakes over the original games, catching Bulbasaur has become incredibly simple. Here’s where to find it.

Where to Find Bulbasaur in Pokemon Brilliant Diamond and Shining Pearl

Bulbasaur can be found in the Grand Underground in Pokemon Brilliant Diamond and Shining Pearl, but, not being a Pokemon native to Sinnoh, you will first have to unlock the National Dex. This is done by completing the Sinnoh Dex, which requires at least seeing all of the Pokemon native to the region. Once you do, talk with Professor Rowan in his lab at Sandgem Town, and Professor Oak will unlock the National Dex for you.

Once the National Dex has been unlocked, you may find Bulbasaur in the Riverbank Cave, Grassland Cave, Swampy Cave, Still-Water Cavern, Sunlit Caverns, and Bogsunk Cavern in the Grand Underground. Some of these hideaways may be available to you even before completing the game and the Sinnoh Dex, but Bulbasaur, or any other Pokemon from other regions, will not appear until you do unlock the National Dex.

Where to Find Bulbasaur in Pokemon Brilliant Diamond and Shining Pearl