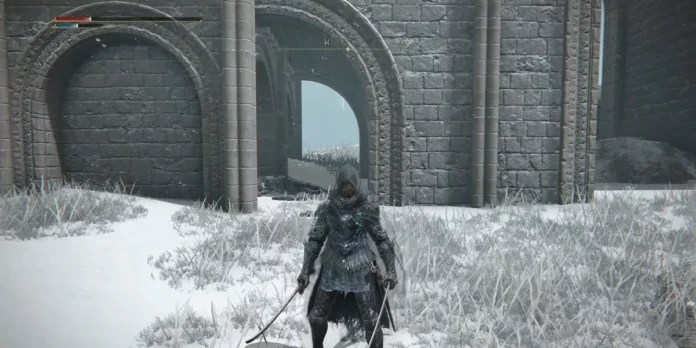 The Soulsborne games are known for their difficulty level, and Elden Ring is no exception. Each location has its own level of difficulty, some being less difficult than the rest. To make these locations easier, the game provides players with a plethora of armaments. Today we will be talking about one of them, the Black Knife set.

Black Knife Set is an Armor Set in Elden Ring. This set is a special heavy armor set used by the Black Knife Assassins due to its stealth-enhancing materials. Sets of Armor in Elden Ring, including the Black Knife set, are composed of four armor pieces which are Helms, Chest Armor, Gauntlets, and Leg Armor.

The entire Black Knife set is found on a corpse under an archway behind Ordina, Liturgical Town in the Consecrated Grounds location. Just like with other special armor sets in Elden Ring, this one has its own caveat.

The chest armor piece of this set muffles the sound of the wearer’s footsteps, which is very similar to the effect of the Crepus’s Vial talisman or the Assassin’s Approach incantation. However, for this bonus to always be in effect, the chest armor piece needs to be unaltered, with the cape intact. It is highly advised to do this as it allows the player to have multiple opportunities to sneak up and kill their targets with ease.