Home Game Guides Where to Find a Railgun in Fortnite 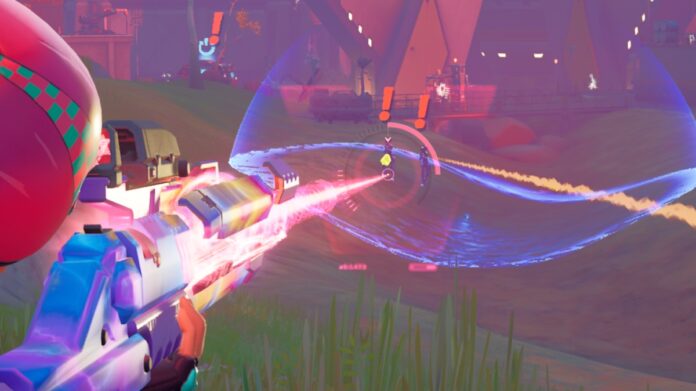 Fortnite’s Rail Gun was first introduced back in Chapter 2 Season 7 along with the Recon Scanner, aliens, and flying saucers! This sniper rifle class weapon came back for one week only in Chapter 3 Season 2 for a bit of fun and to get some extra XP for completing challenges before disappearing into the vaults… But for how long? Find out below all about these devastating guns.

All About the Fortnite Rail Gun

The Rail Gun uses heavy bullets (the same as a sniper rifle), and does between 85 and 94 DPS, depending on the rarity. It can be charged up to use its full potential, or fired quickly for less impact. When charged, the Rail Gun can pierce a structure, destroying the wall and potentially damaging the player inside.

When it is being fired, the Rail Gun emits a red laser which all players can see. This gives the player a bit of time to escape the line of fire. While the weapon can be shot from the hip, it is more accurate to aim properly.

Related: How to Ignite Structures in Fortnite

The best place to find the Rail Gun is in an IO chest as they will be the highest rarity, and come with a Recon Scanner. The combination of Recon Scanner and Rail Gun can be deadly as players can scan the area, see an opponent inside, and blast the Rail Gun through the wall, hitting them inside the structure.

Let us know in the comments below if you would like to see the Rail Gun in Fortnite permanently. Good luck!

Where to Find a Railgun in Fortnite