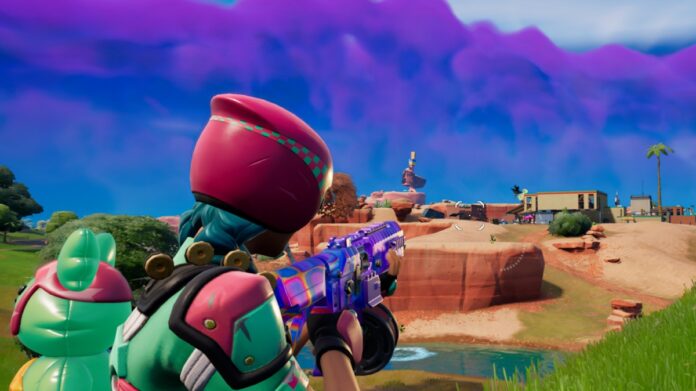 Fortnite’s Drum Shotgun was first added in Season 9 and has since made a few comebacks since its introduction. The most recent unvaulting happened in the v.20.00 update for Chapter 3 Season 2 where Epic and Legendary rarities were added. Drum Shotgun DPS ranges from 172-208, depending on the rarity, and it holds 12 rounds of ammo in its magazine. It is a pretty formidable weapon, even at its lowest rarity, and is best used at very close range.

Where to Find the Drum Shotgun

Drum Shotguns can be found as floor loot, in regular, rare, and Seven Chests, in Supply Drops, and in fishing spots.

Rare Drum Shotguns (blue) can be found in a regular Chest, a Seven chest, as floor loot, and in fishing spots. Both Epic (purple) and Legendary (gold) rarity Drum Shotguns are found in regular, rare, and Seven chests, in a Supply Drop, and in a fishing hole.

It is well worth upgrading this shotgun at an upgrade bench to get maximum damage when in close combat. They do good damage to structures while the opponent is building in front of you, but are at their most deadly when in No-Build Mode when the enemy has no chance to protect themselves.