Home Game Guides When will Genshin Impact be on Switch 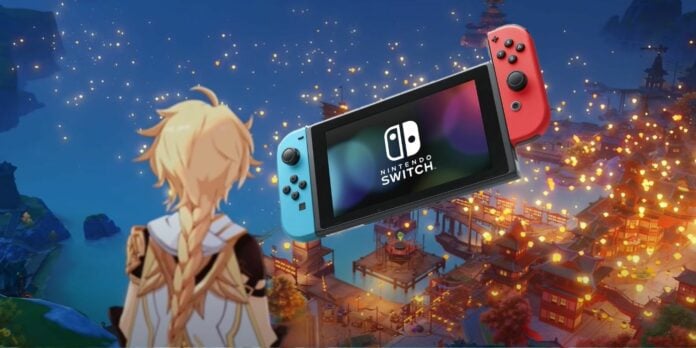 The critically acclaimed and commercial success ARPG, Genshin Impact has been in the limelight since its launch in September 2020, across platforms including, PC, PS4, Android, and iOS. Genshin Impact was made available on Sony’s next-generation of consoles, the PlayStation 5 via backward compatibility. In the wake of that, Nintendo Switch fans started questioning themselves, when will Genshin Impact be on Switch?.

Apart from a trailer and announcement on social channels like the official Twitter handle, Genshin Impact’s Switch release has been in the dark since last year. We did get a roadmap on the upcoming update. And, the developers delivered new content and quality of life changes to the existing version of the game on-time as per the roadmap.

Likewise, players were expecting a time-release of Genshin Impact switch version. Though, by the looks of it. We won’t be getting Genshin Impact on Nintendo Switch for a while now. There are two reasons for that, the first one is the ongoing pandemic, and the second one is the compatibility and availability issue. Before we move on to keep our point, we want to say that, this our opinion based hearsay, so take it with a grain of salt.

Firstly, we cannot ignore the fact that when Genshin Impact Nintendo Switch port was in development, the world was hit with a deadly Pandemic, secondly, the developer’s miHoYo is a Chinese Videogame development company, and as China was the very first affected country, it was also among some of the early countries to implement lockdown.

You can now relate to what we are trying to say. The development of Genshin Impact Nintendo Switch version might have slowed down due to the work from home being a new norm, and all that.

Related |Genshin Impact 1.3: How to get Parametric Transformer Gadget

Secondly, Nintendo Switch is a great handheld console with some of the best games. Though, we cannot ignore the fact that the console lacks the necessary computing power to run newer games. And, because of that, many of the game developers have to spend a large chunk of development time just optimizing the game, and seeing that miHoYo is already providing weekly updates to Genshin Impact, as well as, Honkai Impact. We can assume that the team working on new content is definitely larger than the team working on the Nintendo Switch version of Genshin Impact.

When is Genshin Impact’s official release on Nintendo Switch?

We will update this article if we get any official news on Genshin Impact switch release.

When will Genshin Impact be on Switch