Home Game Guides When Will Dracula Appear in v Rising? 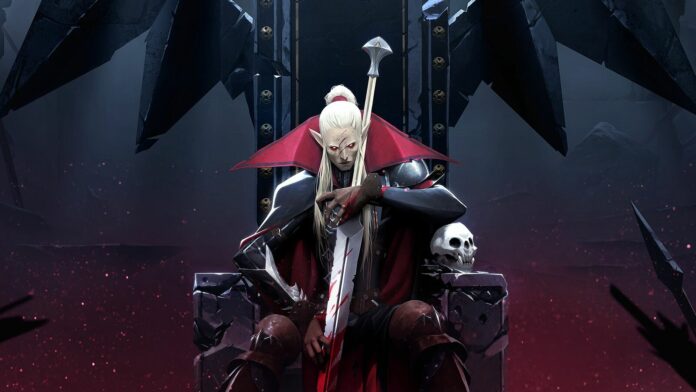 The great video game about vampires, which recently stormed the top positions on Steam, will soon offer the public more unique content. Consider when will Dracula appear in V Rising. The first information about the upcoming free DLC has appeared on the Web. The exact release date is not specified, but it can be assumed that the release will take place in the fall.

When Will Dracula Become a Playable Character in V Rising?

The direct gameplay for the Count is not announced, however, the main antagonist can become a powerful and insidious opponent. It is assumed that players will be able to fight with him. If successful, you will receive valuable prizes, as well as the opportunity to sit on the Dark Throne on your own.

A variety of game situations can be associated with this. Interestingly, the presence of an immortal vampire will affect the overall state of the universe. Each of its elements will receive additional details that provide maximum immersion in this world.

Related: How to Find Secret Mini-Bosses in V Rising

Thus, the game for Count Dracula is out of the question now. The character is too powerful to be left in the hands of a real player. But we are waiting for an interesting development of the campaign, when, closer to the finale, mass battles will begin with the participation of numerous factions represented in this work.

As of June, sales of V Rising exceeded 2 million copies on the Steam service, which came as a surprise to the developers themselves. This motivates the team to work more actively on new content. An exact roadmap with upcoming updates may be posted at a later date.

This is everything you need to know about Dracula in V Rising. Are you waiting for this character? Write in the comments section below and good luck in your further walkthrough!

When Will Dracula Appear in v Rising?