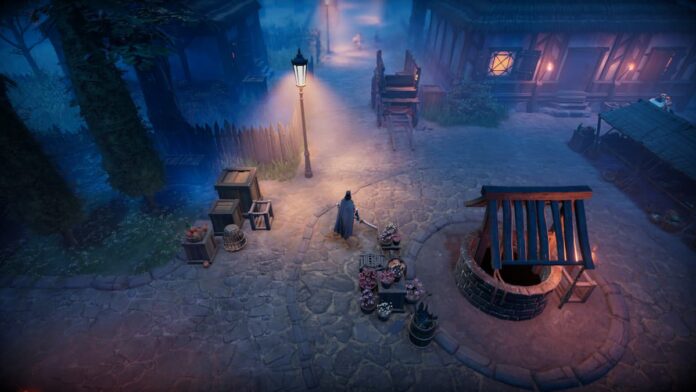 There are many different dark fantasy MMORPGs out there. However, V Rising stands out among them all with its diverse gameplay and interesting features. Players can hunt people, make servants out of them, build their vampire castle and, of course, fight different monsters. And in this guide, we will tell you how to find secret mini-bosses in V Rising.

How to Find Secret Mini-Bosses

V Rising has a huge number of different enemies and bosses. For defeating the bosses, players can get new recipes and abilities. You can easily find out about all the bosses in the game using the Blood Altar. However, V Rising also has various mini-bosses that you will encounter during your travels. But there is one mini-boss that is hidden, and not many players know about it.

We are talking about Scarecrow. This is a mini-boss that drops useful resources. It can be summoned on farms. During your travels, you have probably seen different scarecrows on farms. Hitting them will drop Plant Fiber. But if you hit the scarecrow further, there is a small chance that the Scarecrow mini-boss will appear and attack you.

This is a rather difficult mini-boss since it is level 54. So if you are low level, it is better not to hit the scarecrows on the farms. The first two attacks of the Scarecrow are always the same. First, it attacks in a straight line. You can easily dodge attacks to the right or left. And then the mini-boss will throw two spinning sickles at you. Also, Scarecrow will sometimes use an AoE fear ability, so be prepared to quickly move out of the attack area.

If you have a high level, you should not have any problems with this mini-boss. For defeating it, you will be able to receive Scourgestones, Snow Flower Seeds, Plant Fibers, and Wool Threads. And while you are here, take a look at our guide on how how to decorate your Castle.

How to Find Secret Mini-Bosses in V Rising