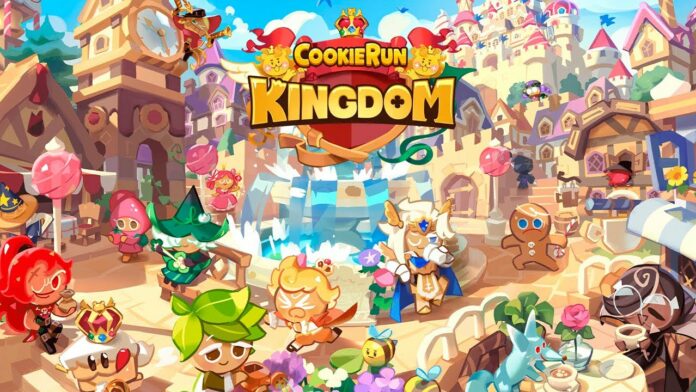 Cookie Run Kingdom continues to add new and interesting cookies to the game with exciting updates like the upcoming BTS in-game event which will see each member of the famous K-pop band appear as cookie versions of themselves.

After a failed attempt from Captain Caviar to navigate around a ship and respond to his submarine’s sonar, Candy Diver Cookie will make its first appearance in episode 5 of the game’s Explore the Black Pearl Islands story.

The game developers previously announced that the curious and friendly Candy Diver Cookie will make its way to the game with Squid Ink Cookie’s Magic Candy in the next update. Devisisters first released the uncensored design of Candy Diver Cookie in a presentation during the 2022 GameSpot Swipe Mobile Showcase, where the initial character concept art was displayed.

The upcoming Cookie also uses ‘They’ and ‘Them’ pronouns and will be the first non-verbal character in Cookie Run Kingdom. They are only able to generate bubbling and metallic noises to communicate. In addition, Candy Diver can communicate via a variety of motions and gestures that are transcribed as multiple Unicode symbols.

Candy Diver also has an Epic rarity, which will surely excite a lot of players. They also take on the Support role and Rear position. You’ll be able to get your hands on Candy Diver in six days.