Home Game Guides When Does the Garden Of Joy Realm Come to Dead by Daylight... 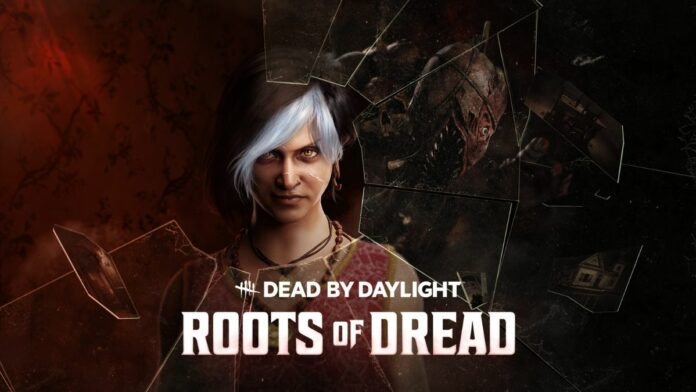 A brand new chapter is coming to Dead By Daylight very soon: Chapter 24 Roots of Dread. This upcoming chapter will include an original Killer and Survivor, and a new Realm. The Garden of Joy Realm will arrive with new DLCs Haddie Kaur and The Dredge. The PTB (Player Test Build) is currently live and available to play for those on PC, or watch via any gamer streaming service such as Twitch. Find out more below!

When Does the Garden of Joy Realm Arrive on Dead By Daylight?

The Entity brings a new realm to Dead By Daylight and in it, a new map. This new map is full of rusted-out cars, broken vehicles, structures, and strange bushes.

There is a huge white house that could look familiar to anyone with knowledge of traditional southern US American architecture. The house has a huge wrap-around porch, with plenty of lockers, vaults, and pallets to use.

Related: Who is Haddie Kaur in Dead By Daylight?

Inside consists of two floors of peculiar rooms, one of which is completely upside down, and the potential for a basement at the very bottom (if it does not appear in Killer Shack).

The new map, Garden of Joy, will arrive with the new chapter on June 7, 2022. It will be available to play on PC, Playstation, Xbox, and Nintendo Switch. Chapter 24 includes new Survivor Haddie Kaur, an Indian-Candadian psychic investigator whose abilities include the ability to blind the killer. The new Killer is named The Dredge, and one of his abilities includes being able to teleport to lockers, ending any Killer Shack loops for good!

Check out the gameplay on Twitch, YouTube, or Facebook Gaming to see the new DLCs and map in action! Let us know in the comments below if you are excited for this new chapter arriving in the summer.