Home Game Guides When Does Minecraft 1.20 Come Out? – Answered 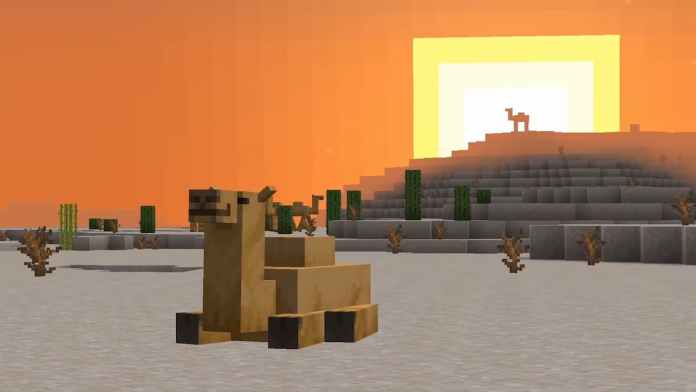 Usually, Mojang releases major Minecraft updates during Summer. Based on previous game updates, players can expect the Minecraft 1.20 update to release in the first couple weeks of June 2023.

Minecraft 1.20 will be featuring Sniffer and Camel. Sniffer is the winner of Mob Vote 2022, whereas Camel was revealed during Minecraft Live 2022. Sniffer is an ancient mob that can be spawned by hatching sniffer eggs found in underwater ruins.

Camel is a rideable mob and the first one that two players can ride. Players can breed camels by feeding them cacti. Camels will most likely spawn in deserts and badlands.

In Minecraft 1.20 update, players will have access to a new wood called bamboo wood. Players can turn bamboo plants into blocks and use them like other wood blocks. The 1.20 update will also include rafts, a new type of boat made of bamboo.

Chiseled bookshelves are storage blocks for books, enchanted books, and books and quills. Players can add up to six book-type items to a chiseled bookshelf.

Hanging signs are just like regular signs but can be suspended from blocks. Players will be able to craft hanging signs using stripped logs and chains.

Related | When are Camels coming to Minecraft? – Answered

When Does Minecraft 1.20 Come Out? – Answered