Home Game Guides When are Camels coming to Minecraft? – Answered 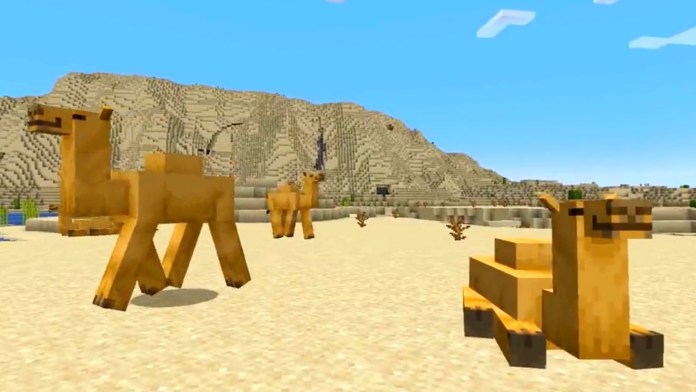 Minecraft continues to excel as one of the most popular games of our time that allows players to build and design just about anything they want. The game’s developers continue to push out regular updates to keep things fresh and fix annoying bugs.

Mojang has announced its next big update 1.20 is set to launch a couple of months from now and will include many features such as the inclusion of camels, craftable bamboo items, new default skins and many more. However, when are camels coming to Minecraft? We’ll be answering that question below!

When are Camels coming to Minecraft? – Answered

Minecraft update 1.20 was announced at Minecraft Live a few days ago, and the Minecraft team revealed that it had decided not to showcase planned features for the game’s update unless they’re sure being added to the game.

This is because in the past, there’s been a tendency to overemphasize or overpromise the features in a Minecraft update but it ends up not being as good as the developers promised. This led to the game’s dev team revealing only a limited amount of information and promised to reveal more throughout the remainder of 2022.

There is no official name for the upcoming update just yet, but for now, it is being referred to as Minecraft 1.20 and will feature camels, hanging signs, chiselled bookshelves and many more features that we will become available in 2023 when the update goes live.

Camels are already looking like the most interesting addition to update 1.20 as they not only look cute but can jump fair distances and fit two players riding on top.

However, before the update 1.20 goes live, Mojang will add a range of new default skins to the game on 29th November 2022. These characters will also add seven more diverse options to the game’s starting lineup alongside Alex and Stalwarts.

Mojang will share more features to come in Minecraft update 1.20 in the coming weeks and will launch the update in 2023.

When are Camels coming to Minecraft? – Answered