PUBG Mobile 1.8 version is right around the corner, and Krafton has released a beta update for the same to accumulate feedback for the new features. As a result, PUBG Mobile enthusiasts can get their hands on the new content that are coming in the PUBG Mobile 1.8 update.

From the content perspective, the developers have added a new 8v8 TDM map along with a Spiderman mode and several new creator voice packs in the latest 1.8 beta. So without any further ado, let’s check out what’s new in PUBG Mobile 1.8 beta.

Livik has been bombarded. 10 years after the disaster, Erangel was restored to life. The survivors stepped up training to deal with future threats. A brand-new Battle Royale gameplay is here. Let’s experience an unprecedented battle together.

A brand new 8v8 TDM mode has been spotted in the latest 1.8 version in which two teams will be facing off each other. A maximum of 16 players can participate at a time on a whole new map.

With the release of the PUBG Mobile 1.8 version, players will no longer directly eliminate in water. Instead, they’ll be initially knocked out in the water and can also be revived by their teammates.

Spider-Man has encountered mysterious monsters after arriving at Erangel. Fight alongside Spider-Man and defeat the boss to get Spider-Man items. Find the spider crate in Erangel and loot for basic materials. There’s also a chance to get exclusive spider items.

PUBG Mobile players can communicate in their favourite creators’ voices using new creator voice packs. The list of creators includes Snax, Kaztro, Jonathan and so on.

If you still have any questions regarding the PUBG Mobile 1.8 Beta, feel free to ask them in the comments section.

PUBG Mobile is one of the most popular creative games currently available on PC, Android, and iOS.

Related: Best sensitivity settings to use in PUBG Mobile 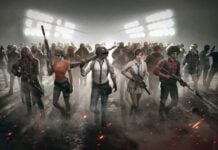 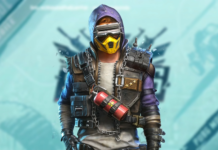 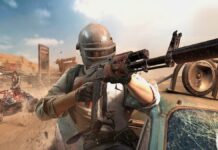