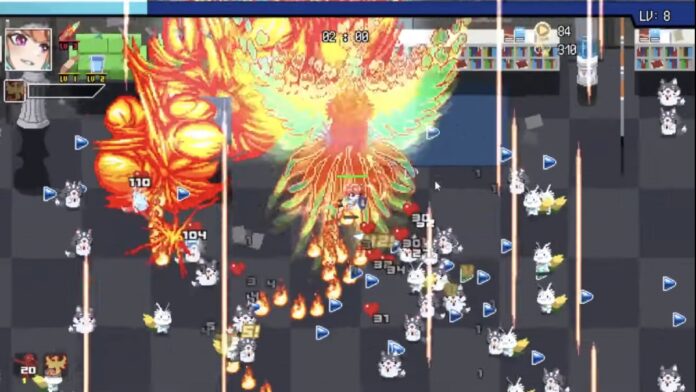 If you are a Hololive lover, chances are you’ve checked out HoloCure, the fan game featuring your favorite idols as they work to save their beloved fans. Inspired by Vampire Survivors, HoloCure lets you play as the characters and imagine what their powers might look like in an anime format. Recently, the creators announced a brand new update for the game, complete with improvements and other features. This is what’s coming in the HoloCure Update.

New Characters In The Update

At the initial launch, the game only had the ladies of Hololive English, which is HoloMyth, Irys of Project Hope, and HoloCouncil. However, footage of the update shows the arrival of Japanese language branch members such as Hoshimachi Suisei, Shirakami Fubuki, and of course Hololive’s first idol Tokino Sora. Members of Hololive Gamers such as Nekomata Okayu were also seen in the footage. What we know right now is that the update will bring Hololive Generation Zero, Hololive Gamers, and possibly even the first generation talents.

New Outfits Inspired By The Talents

The original characters certainly aren’t being left out of the party. Shown in the trailer was the option to change Ina’s first outfit to her trademark adorable artist skin. This likely means that Myth’s casual outfits will be available to unlock, such as Mori Calliope’s rapper outfit and Takanashi Kiara’s white shirt and straw hat design.

RELATED: How to Update Holocure

The update will include two new maps, one of which looks very similar to the office setting often seen in episodes of HoloGra. In addition, there will be new music by creator Eufrik. There will also be an autopatch feature included, something to look forward to, as previously, the game required downloading in order for players to update it. The update will also bring controller support to the game.

There will be new stat boost level caps and new weapons and items. Since Suisei’s coming, it’s likely that her ax will be one of those items. There will probably be updates to the existing ones, such as the cutting board. Overall, it’s definitely looking to be a fun-filled update.

The HoloCure update launches on September 9th! For more details, be sure to follow the HoloCure page on Twitter!