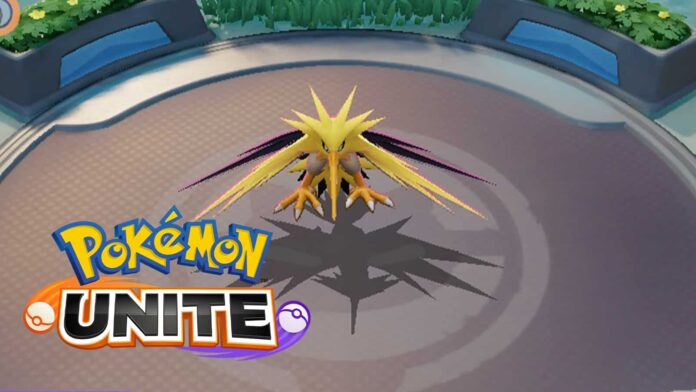 Pokemon UNITE players need to team up in teams of 5 trainers and then fight the opposing team’s Pokemon. The outcome of the battle depends on who gets the most points. And so that the players would not be bored, the match lasts exactly 10 minutes and various Pokemon bosses will appear at different stages, which can give different buffs. And in this guide, we will tell you about Zapdos.

When Zapdos Appear on the Map

The appearance of Zapdos can drastically change the outcome of a match for several reasons. First, Zapdos spawns 2 minutes before the end of the match, and then the goal count will double. In other words, it is very profitable to score goals in the last two minutes of the match. And secondly, defeating Zapdos will allow you to win the match in less than a minute with the right tactics.

However, defeating Zapdos is certainly not easy. You will need several team members, but the result is worth it. When a player deals the final blow to a Zapdos boss, he will receive 30 Aeos energy, and the rest of the team will receive 20 Aeos energy. But the most important thing is that within 30 seconds you can earn a lot of points because the goal zones of the opposing teams will be defenseless. And with the double goal counter, you can turn even the worst situations in your favor.

However, keep in mind that your opponents can do the same, so even if you are in the lead in the last minutes, we recommend setting up an ambush at the Zapdos gate. Thus, you can completely defeat the enemy.

What Time Does Zapdos Appear on the Map in Pokemon UNITE