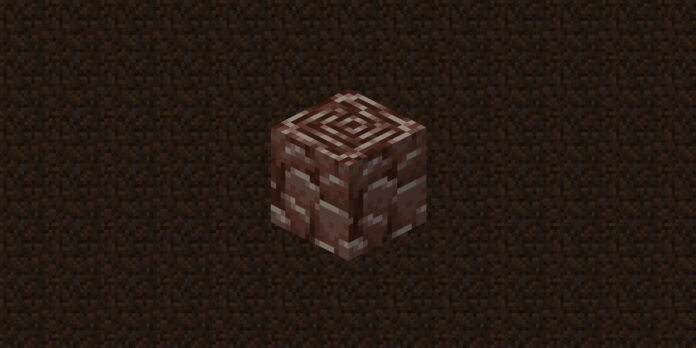 Netherite is one of the most sought after materials in all of Minecraft, solely because it lets you upgrade Diamond gear into Netherite gear. Netherite tools and weapons are some of the strongest stuff in all of Minecraft, so many players aim to get their hands on them as soon as possible. To help you get started with Netherite, we will answer the question: what level does Netherite spawn in Minecraft Bedrock Edition?

To acquire Netherite, you must smelt it from super rare blocks called Ancient Debris, found in the Nether. Ancient Debris mostly spawns in y-levels 7-23, meaning you’ll need to go quite deep into the Nether in order to come across it. You’ll most likely be venturing near the giant lava pools found near the bottom of the Nether, so we highly recommend bringing something to help with fire, like a Fire Resistance Potion or armor enchant.

Before you start searching, make sure to turn on Show Coordinates in the World Options menu to see your y-level, which is shown in the top left corner of the screen. Ancient Debris looks like brown, craggy blocks, as seen in the featured image for this article. They usually spawn by themselves, but sometimes if you’re lucky you might find a small bunch. You’ll need a Diamond Pickaxe to mine them.

There are a couple of places to dive into the Nether that can help you find Ancient Debris. The Warped Forest biome is probably one of the best places, because there are very few hostile mobs that spawn. Dig down until you get around y-level 23 or below, and then start searching.

You can also find Ancient Debris in the lava pools near the bottom of the Nether Wastes biome. Most of the Ancient Debris will be in the lava, so you’ll need a way to resist fire damage, like we mentioned before. Fire Resistance Potions are our favorite way to make lava diving safe, but for that you’ll need to make yourself a Brewing Room in order to brew potions.

Once you’ve acquired some Ancient Debris, throw it in a Smelter, and you’ll be able to get Netherite Scraps. You require quite a few scraps if you’re looking to complete a whole set of Netherite armor, so you’re probably going to be looking for a while—don’t underestimate just how rare Ancient Debris is!

That concludes our guide on finding the right spawn levels for Netherite in Minecraft Bedrock Edition. Finding Netherite is one of the hardest things to do in Minecraft, so don’t give up if you’re feeling discouraged. If you have any tips for finding or mining Netherite, let us know in the comments below!

What Level Does Netherite Spawn in Minecraft Bedrock Edition? – Answered