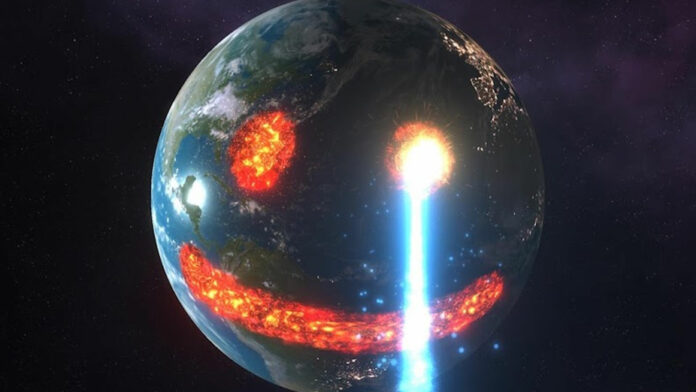 available in the game. They can be:

There are no hesitations that you will be in the constant search for the best weapons. Definitely, the situation determines which weapon is appropriate for the situation.

Still, there is one weapon that is considered to be the strongest in the game. Are you interested in finding out what it is? Great! Then keep reading to check this information!

The game players have already faced Vessels & Satellites, which are objects for carrying weapons. Their actions are totally autonomous. It means that you do not need to control their attacks. All the Vessels & Satellites have a unique interaction and will end only if the condition is met.

RELATED: How to Get Pumpkin Planet in Solar Smash

So, if you are interested in getting some information about the most potent weapon in Solar Smash, we would like to mention that it is Solar Beam Satellite from the group Vessels & Satellites. It can summon a small vessel that charges the Sun’s energy for some time. After that, a massive beam of energy will appear. This beam will lead to the complete destruction of the planet.

Now you know what weapon is considered the most powerful in the game and what type of damage it can make. Use this knowledge wisely and have a great time playing!

What Is the Strongest Weapon Solar Smash? – Answered