Home Game Guides How to Get Pumpkin Planet in Solar Smash 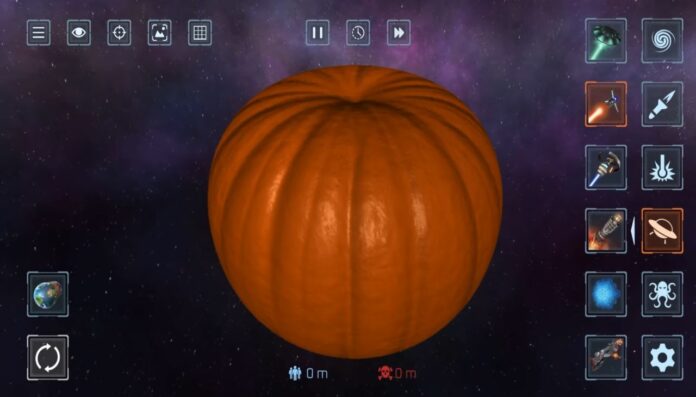 Despite allowing players to live a power fantasy that is definitely not replicable in real life, Solar Smash is a somewhat grounded game, featuring gameplay mechanics and weapons that could be considered realistic.

Since it is a video game we are talking about, Solar Smash also comes with some fun gameplay elements that remind us that we shouldn’t take the game too serious.

Among these elements are secret planets such as the Pumpkin Planet. Here’s how to unlock it.

How to Get Pumpkin Planet in Solar Smash

Unlocking the Pumpkin Planet in Solar Smash involves doing what players should always be doing in the game, meaning attempting to destroy planets, but with a little bit more of finesse.

To turn our planet into a Pumpkin Planet, all you need to do is pick the Planet Killer weapon, which can be found in the UFO tab, and fire it anywhere on the planet. This special beam will start heating the core, and if you let it go on, the core, and the planet, will eventually explode.

If you wait until the very last second and make the planet turn white, you can reset the weapon to turn the Earth into a Pumpkin Planet. Now that’s a dangerous Trick or Treat, isn’t it?

How to Get Pumpkin Planet in Solar Smash