Home Game Guides What is the Final Boss in Vampire Survivors? – Answered 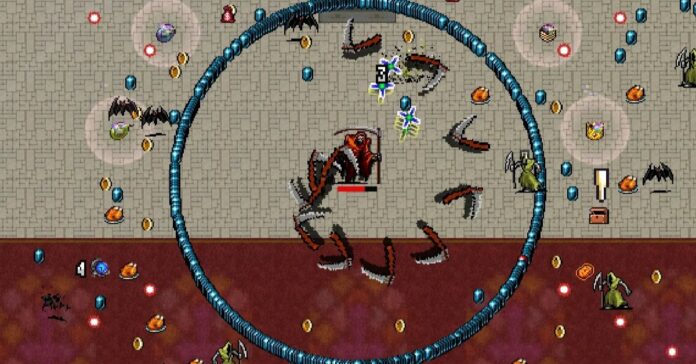 The boss system is one of the most beautiful things in Vampire Survivors. Be sure that beating harder and harder bosses every time will appear especially interesting in this video game. And in the newest update, a few new bosses appeared. So, read this guide to find out what is the final boss in Vampire Survivors. Let’s get started!

The main thing you need to know is that career mode will end by beating the final boss. Unfortunately, most players will probably stop playing the game after beating him. And the final boss is the Cappella Magna, the hardest boss in Vampire Survivors.

How to Beat Cappella Magna

Probably previous bosses in Vampire Survivors were like a piece of cake for you, but the latest boss is different. So, before starting the fight, you need to put the best armor on your character and play fully focused. Otherwise, you will lose in a few seconds.

The most difficult stage of the Cappella Magna is the first 30 minutes of the fight. The point is that you will be supposed to fight against a tonne of reapers. And the only way to kill them is to walk into Rosary, instantly killing them.

During this boss’s second stage, all reapers will accumulate in the one creation, and you will be required to fight it. This boss will be pretty slow, and it will be pretty easy to dodge and deal damage to it. However, the boss can boast of a lot of hp. Therefore, you will spend a lot of time killing it.

So, that is all with beating the final boss in Vampire Survivors. You have the main tips and can easily win. Thank you for reading the guide. Hope it was helpful for you!

What is the Final Boss in Vampire Survivors? – Answered