Home Game Guides What is the Chicken in Valor Legends: Eternity and How to Get... 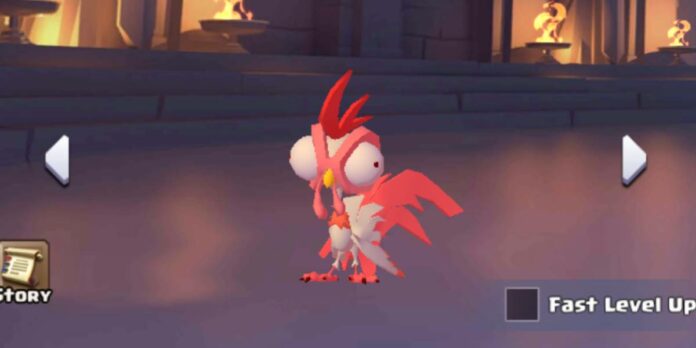 What is the Chicken and How to Get it

During the summer of 2020, Valor Legends: Eternity released a new premium pack called the Radha Monthly Pack. This pack came with all sorts of goodies, but the main feature was a silly looking chicken named Radha who was an actual hero that you can use on your team.

Radha was a 4-star wisdom mage with no faction. Radha had only one skill with a fireball icon, though we don’t know what the skill did. Since it shares the same icon with Tom’s Combustion Experiment, we think it’s some sort of strengthened magic attack.

Around June 2021, players began to notice a few strange occurrences with Radha, mainly the fact that he could not be rolled back for whatever reason. “Isolight,” the former community manager for Valor Legends: Eternity, notified the developers about the problem and said that it would be dealt with in a future update.

Come September 2021, Radha quietly disappeared from the game’s roster, unfortunately rendering him unobtainable. Radha isn’t listed in the Hero Handbook anymore, though he still shows up in the Hero Avatar list. A few days ago, on the official Valor Legends: Eternity Subreddit, Isolight responded to a player asking how to get Radha, and he simply responded with:

We can only assume that Radha had some bugs and glitches that the developers couldn’t deal with, so they removed him altogether. However, if you purchased the Radha pack when it was available, it seems you still have access to him, as there are players still using him on their team. We don’t know how much longer he’ll be available this way, or if this is even intentional.

Hopefully in the future, the developers fix Radha and bring him back. What are your thoughts about the bug-eyed chicken? Let us know in the comments below!

What is the Chicken in Valor Legends: Eternity and How to Get it