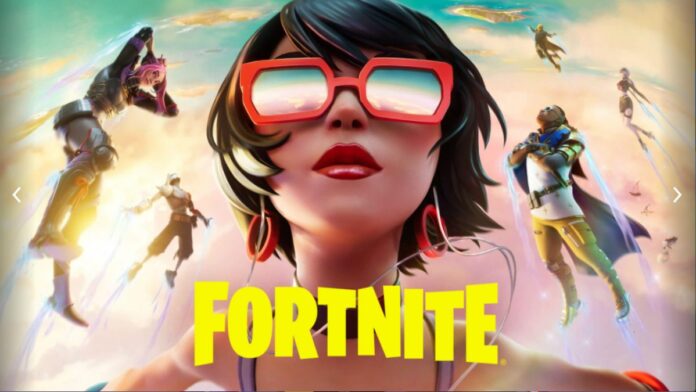 A new season is here and there have been some important changes! Fortnite Chapter 3 Season 3 brings a new biome filled with purple trees, bouncy healing mushrooms, geysers, waterfalls, and magical party vibes. Sliding has improved, three new weapons have been added, and there are new POIs and named locations. There is such a good vibe to this season, including a new way to stop players camping out in the storm until end game. Find out more below!

In previous season some players would gather a bunch of heals such as Bandages, Med Kits, Floppers and Slurp Fish, and Med Mist, and sit out in the storm. This would work for a good while, until the damage tick would increase too much and the player would leave the storm and join the fight. This new update is possibly timed to prevent players camping out in the new biome where there are healing mushrooms to bounce on, giving a gradual 15 health per bounce.

Fortnite has since been updated with the addition of Storm Sickness to prevent this storm camping occurring. Now if players spend too long in the storm they will be afflicted with Storm Sickness. After around 7 minutes there is a warning to say players will come down with Storm Sickness if they spend any longer in the storm. Unless they exit the storm as soon as possible Storm Sickness will kick in and their health will deplete very quickly starting with 15 damage per tick. Check out Gummyoshi’s YouTube video below to see it in action:

What do you think of the new updated storm? Let us know in the comments below if the Storm Sickness will change your gameplay or tactics in Fortnite Chapter 3 Season 3. Good luck!

What is Storm Sickness in Fortnite Chapter 3 Season 3