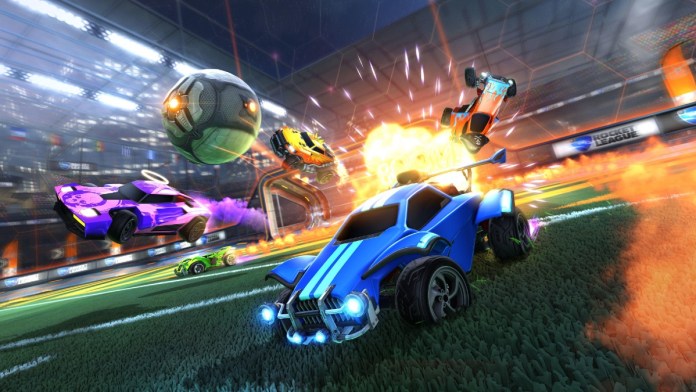 The culture of Rocket League is quite a fascinating one. It’s a game that’s become so iconic that it’s evolved into its own social platform of sorts. To players, it’s more than a game, it’s a community. Just like with any social community, there are rules and norms to follow. Rocket League has a few unspoken rules players have established since the beginning of the game that players are expected to follow. You may be familiar with the first rule involving what to do in a deadlock. The second rule is a little different, but just as important.

The Second Rule Of Rocket League

To some, the rules may seem strange, but they have been in practice for so long because Rocket League players pride themselves on making the gameplay fair.

As the match dwindles down, players will expect you to help keep the ball in the air, as the ball is not supposed to be touching the ground when the clock goes to zero. Not letting the ball drop is one of the oldest rules of the game in fact and one that many of the original players still practice.

The purpose of this rule is to keep the intensity of a match. By doing this, players can sometimes get in a lot of last-minute scores that can be the deciding factor of a match. This is especially common to see among professional players who excel at keeping the ball upward and scoring goals seamlessly.

Even if you’re a newer player it’s still fun to participate in. However, if the other players aren’t doing it, you probably shouldn’t either in order to keep the flow of things. According to Reddit, some players don’t practice the rule anymore, while others said it was still a very popular norm.

Many especially claimed that the game was the most fun when players kept the ball in the air. Basically, whether the rule will be in practice is subjective to what kind of players are on the field.

Now that you know what the second rule of Rocket League is, you’ll be better prepared for how to act when playing the game. You can play it on Nintendo Switch, PC, Playstation, or Xbox.

What is Rocket League Rule 2? – Answered