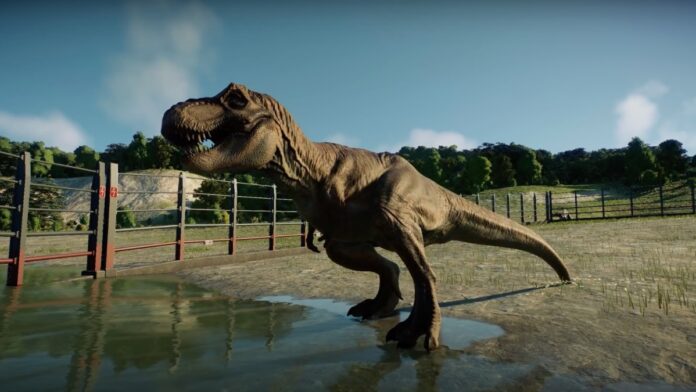 How To Know If Dinosaurs Can Live Together

A good rule of thumb when bunking up dinosaurs together is that as long as they eat the same thing and have the same environment, they will be able to coexist. Herbivores like Ankylosaurus can share space with other plant eaters like the Brachiosaurus and Triceratops. If you want to check if a dinosaur is comfortable in its enclosure with its neighbor, you can check its stats and if there’s a problem, you will see the phrase Cohabitation Issue by the comfort bar.

The Difference Between Dinosaurs Who Wil Fight And Hunt

RELATED: How to Construct in Jurassic World: The Game

There are certain dinosaurs who will get along with a lot of others, but not one specific one. This is the case with Ichthyosaurus, a small marine dinosaur who is happy in space with Elasmosaurus or Attenborosaurus, but not Plesiosaurus. This is the case where they won’t eat each other, they’ll just fight and stress one another out.

Dinosaurs Who Can’t Live With Anyone

Some large predators do not get along with anyone and have to be either on their own or with others of their kind. Examples of this include the Tyrannosaurus Rex as well as the Therizinosaurus. The Indominus Rex can only share company with Velociraptors and will attack or eat anything else. Basically, most large predators get a private suite by default.

The Only Dinosaur That Can Live With Everyone

Compsognathus, also known as Compys, have the biggest flexibility of who can they share space with. They are too tiny for most of the large and medium size predators to care about and do not attack herbivores. Compys however, do not like the Indoraptor and Indominus Rex. One predator that will attack it is the Herrerasaurus, so be aware.

These are the basics of how to understand cohabitation when it comes to dinosaurs in the park. The more you learn about it, the better you’ll be able to take care of them.

What Dinosaurs Can Cohabitate In Jurassic World Evolution 2? – Answered