Home Game Guides What are the Monsters in The Quarry Game? – Answered 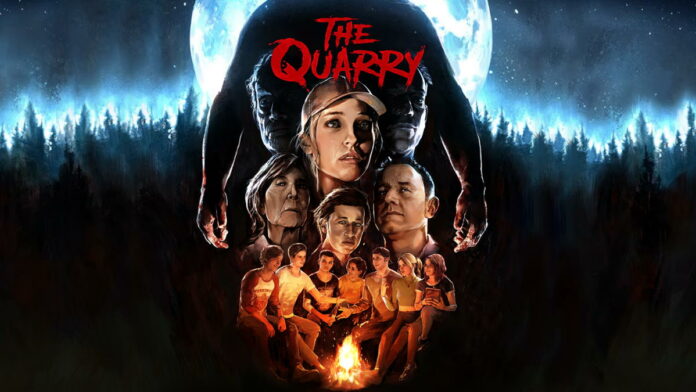 The Quarry is a horror adventure game developed by Supermassive Games, the developers behind the acclaimed Until Dawn. The Quarry is a love letter to popular slasher/monster films from the 80s, so expect to see all the good stuff: ignorant teenagers, spooky forests, and of course a deadly killer. Speaking of which, just what exactly are the monsters in the game? Today, we’ll be answering the question: what are the monsters in The Quarry game?

Explaining the Monsters in The Quarry

Spoiler warning! We’re going to be examining and explaining the true monsters in The Quarry, which is a huge part of the plot. If you’re interested in playing the game for yourself, feel free to come back another time, after you’ve played.

Somewhere in the forests of upstate New York, a Summer camp at Hackett’s Quarry begins to wrap up. All the kids and camp officials are gone, so that leaves the teenager camp counselors. Of course, we all know that means only one thing: a long night of partying!

However, the counselors are shortly confronted by a suspicious group of adults, who warn them of something lurking in the forest. Although these adults are a bit strange, it quickly becomes clear that there is indeed something much deadlier roaming the forest…

And thus begins your adventure into the world of The Quarry. Players must guide the camp counselors through the night and help them survive by exploring, finding clues, and avoiding danger.

Somewhere around chapter 3, players will get a proper encounter with the main monsters of the game: werewolves! Although they follow the usual mythological lore of werewolves like being weak to silver and transmitting the curse through bites, they look much different from traditional werewolves.

The werewolves in The Quarry are infected human beings. They’re normal during the day, but on the night of a full moon, they transform into werewolves through a violent explosion of blood. They’re not hairy like the werewolves we’re familiar with—they’re all skin, though they do feature long fangs and ears.

Related | What is The Quarry Game About? – Answered

It turns out that the weird group of adults the counselors met earlier are part of one big family that’s cursed by the mark of the werewolf. The youngest kids in the family were attacked in the woods, and once a werewolf bites another human, they too share the werewolf’s curse.

The adults tried to scare the counselors away from Hackett’s Quarry in an attempt to prevent any more werewolf infections, but now it’s too late, and they must reluctantly work together if they want to survive the night.

And there you have it: the monsters of The Quarry are actually werewolves, though they look a bit different from typical depictions. Have any other questions about The Quarry? Let us know in the comments below!

What are the Monsters in The Quarry Game? – Answered