Warpath is a strategy game with a huge amount of different units. One of the most important is officers. They affect your gameplay and give you variable strategy possibilities. But, as most characters with different abilities and bonuses, they are not perfectly balanced. Somebody is more strong and effective than others. This difference in the game’s balance creates a quite arguable topic for discussions and debates.

Players often argue which officer is stronger and create lots of tops and tier lists. The last ones allow people in the Warpath community to share their opinions about the game’s current balance. This article will show you the tier list of best officers in Warpath.

The tier list of officers in Warpath is quite difficult to create as they are all different and provide your army with many useful bonuses. So, it is quite problematic which one is more effective. This tier list will consist of four tiers in total.

S–Tier is the first one. This tier consists of the strongest OP characters that are highly recommended to play.

A–Tier characters are great. They have good performance and are worthy to use.

B–Tier officers are reliable and good enough to use. But, it is better to replace them with characters from above.

C–Tier officers are okay, but you better replace them with someone else.

These would be all the Officers available in Warpath at the moment. Try to invest in the best officers first (ideally from tier A and above) and witness victory after victory in every battle you take. 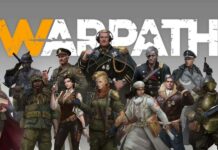