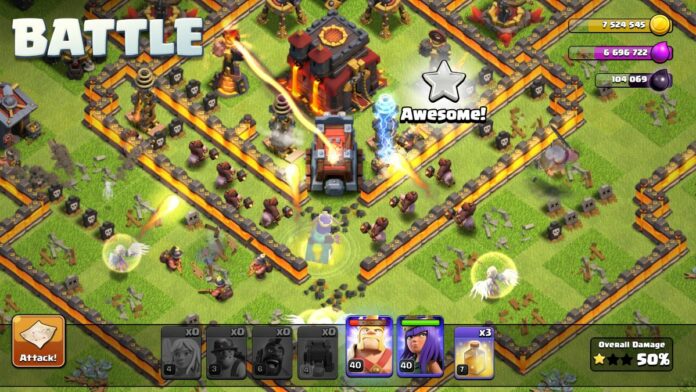 War games, though more popular on PC and console, are now in their numbers on mobile platforms. These games come with a wide variety of war themes ranging from world wars to science fiction. If war is your favorite genre, here are the best mobile war games available for Android and iPhone users.

Undoubtedly, Feral Interactive did the gaming world an eternal favor when they brought this classic to mobile. As the name implies, this is no title for the timid. Company of Heroes comes with impeccable touchscreen controls and a mobile-friendly interface. This combination gives gamers a unique WW2 real-time strategy experience. Your objective is to come out on top of the battle of Normandy by controlling a squad of battle-ready soldiers. To secure the hedgerows and finish the campaign, you must complete a wide range of missions. These missions range from securing a base to rooting out a sniper.

This game is often dubbed as one of the best war multiplayer titles of all time. It is an animated game that allows you to test your base building, attacking, and defensive skills all at once. The player starts the game with a handful of resources and a frail home base. As you engage in inter-clan fights with millions of players worldwide, you will earn cash for in-game purchases. You can use the money to get training potions and upgrade your fighters. Moreover, there are myriads of upgradable weapons and periodic heroes that account for its worldwide acceptance.

It’s the World War II era again, and if you love fighting it out against players around the world, then you’re in for a swell time. The game allows you to play in teams with the sole aim of destroying the enemy and coming out with the highest score. You have access to more than fifty weapon types as you battle through different game modes and zones. One of the many reasons gamers love this title is the customizable battle mode where you get to make the rules.

Since its official release in 2014, there’s been no shortfall of praise for this action-packed title. The developers will have you experience the atmosphere of the second world war. However, you must do this as a soldier leading the army to victory against the Nazis. As you lead the army on the frontlines, your weapons and armor will get some commensurate upgrades with every successful campaign. The game is available offline with full features and stories.

5. March of Empires: War of Lords

Medieval war is the theme here, and Gameloft did justice in recreating the time and environment. Your role is to conquer kingdoms,  go on quests, and build a mighty army. You must create a thriving kingdom, fortify the castles, and form strong alliances to accomplish this aim. If your strategic prowess is unmatched, you’ll become the emperor and assign seats to five other players. There are multiple missions, research, and constructions to keep your hands busy as you get gradually addicted to the game.

If you have a thing for controlling a series of air and land units across many realistic battlefields in alternate World War II settings, then this is the title for you. Your objective is to take down the raven faction. To do this, Lilith Games will give you the chance to team up with other player commanders across the world. You will also have access to a wide range of weapons, armors, and units with distinct abilities and characters.

This title is for open battle lovers. It is also a good fit for whoever wishes to defend their nation and destroy other nation’s armies through real-time strategy. The game has a management component where you must control the affairs of a base and build structures like barracks. You must also look for beneficial resources to maintain your units. When you’re not fighting the imminent KRA invasion, you can take a detour to challenge your friends on the battlefield for fun.

The Normandy landings have never been recreated better than what we have here. You will go through five campaigns consisting of hundreds of levels and battles. Your objective is to take control of one of the soldiers and make your way through enemy territory. As you progress, you will have the Nazis to contend with alongside terrifying tanks and warplanes. However, there’s an arsenal at your disposal to have a fair fight. It’s fun, action-filled, and one of the best third-person shooter titles around.

In this compelling title by Shooter Studio, your job is to take control of a soldier that fights different criminals and terrorists around the world. There’s plenty of weapons in your arsenal, and they’re enough to get you through each level in a few minutes. At some point, you’ll be up against the undead, and it gets challenging at this phase. There’s also a supervillain waiting for you at the end of each round. However, you can have a fair fight with him if you renew your armor.  Lastly, the graphics are top-notch as it simulates an authentic battle environment.

This Gameloft’s SciFi shooter game is majorly offline but has some components that require an internet connection. Your role in the fight against alien invasion is to resist colonial rule. Along the way, you will get invaluable hints from artificial intelligence, and you’ll need to form allies with other players. Undoubtedly, the story is compelling and backed with excellent graphics. The developers also included an online feature to help you compare your skills with other gamers worldwide.