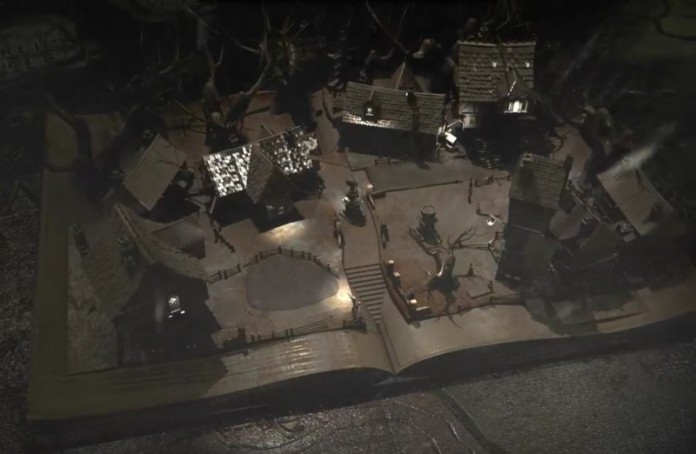 I have been spending a solid amount of my free time (and work time but shush! don’t tell anyone!) playing Warhammer Quest.

I found out that battling the random factor is as difficult as defeating the in-game bosses, but I still managed to make it out alive dungeon after dungeon and I decided to share my Warhammer Quest strategy with you, alongside a number of tips and tricks that I have learned before taking an arrow to the knee. Oh, wait, that’s a different game!

Either way, let’s get back to Warhammer Quest, tips, tricks, strategies and battling the randomness in an otherwise delightfully juicy and entertaining game!

Although there is no way to see them, there are dices being rolled when you play Warhammer Quest and especially when you attack those Orc Boyz ‘n’ co.

This translates in “randomness” on the battle field, and you have to accept that sometimes the unexpected can happen.

Fortunately, using these tips we will reduce it to a minimum, but always be ready to have your Marauder go Berserk and kill that puny Mage of yours!

2. It’s all about positioning

I have been playing using the main set of four characters and in this tips and tricks article we will assume that you did the same.

In this case, things are pretty simple when it comes to positioning the members of your party on the battlefield: the brute force (Marauder and Dwarf Ironbreaker) should be in front, protecting the Elf and Wizard, who should be waiting in the back line like the bosses they are, sending arrows and spells all over the battlefield.

Of course, that’s not always possible, especially when we are talking about surprise attacks, but that’s why you have those bandages on you.

3. It’s all about the equipment

After the positioning, of course. The equipment slots should be used with great care since they are so limited and we should do our best to specialize our troops.

For example, the Ironbreaker (by far my favorite character for a heavy tank that deals and is able to take a ton of damage) should have powerful weapons and items that increase his toughness.

The other melee attacker should be all about strength to pack a blow as powerful as possible, the Wizard should get his Magic Pool as high as possible, while the Elf I usually used for his deadly blow from afar and as a carrier of small bandages and medium and so on…

It takes a longer time to achieve this, but it’s the way to do it, especially in dungeons where you still have a lot to reach the end: don’t use all your bandages and food as soon as you see your warriors injured.

Unless they are in danger of losing their life, after a battle is over, keep ending turn after turn and use the mage to heal everybody for free. There’s really no rush and you will save a ton of items that might in turn save you later in the game!

Again it’s something that takes more time to accomplish, but it is something that has to be done: make sure that whenever you enter a new area, you have a full set of moves and as much mana in your mage’s Mana Pool as possible.

This is how I usually end my turn to make sure that the first step into the unknown finds us prepared:

6. Muscle should be ready for deathblow

Remember when I said that it’s all about the positioning? Same goes for the battle itself: send your muscle up front, and make sure they are in the middle of the hordes.

The more enemies we have surrounding our Ironbreaker or Marauder, the more they can kill if they unleash a Deathblow. And taking out 4 in a row is a great feast for the eye!

The game doesn’t explain this well and you should know the difference: the consumables are items that can be used at any given point, they give you the effect described and they disappear from your inventory (and their effect only lasts until the end of the dungeon).

Accessories have the same effect as Consumables, with the only difference being that you can use the over and over again.

So it’s preferable to have Accessories equipped, but always make sure to put the life saving items on the list of items to be carried by your crew.

8. How to Handle Boss Fights

One of the most frustrating things for me in the game was meeting the bosses. They are big, they are nasty and they can easily send to the maker any of your party members.

Therefore, I have created a strategy that generally works well: unless there are monsters around the boss so I can use the Deathblow, I instantly head out to take down the boss with all my power.

If I manage to kill it before it moves, it’s all good. So focus all the magic, attacks and attack items to get rid of the boss.

You can handle the little scum later, but a couple of hits from the boss could send your Marauder to the other world and either lose all experience gained in that dungeon or completely lose him on Hardcore more.

9. Try to revive your characters

If they happen to fall down to the bosses, your characters still have a chance of being revived.

Use your mage to heal them or use health-restoring potions or scrolls. As all things in a game, this is random too, but there is a 50% chance you’ll revive your character. Yay for the Marauder being able to fight again!

And this would be it for now in terms of Warhammer Quest tips, tricks and strategy advice. What other advice would you share with your fellow dungeon crawling friends? Let us know by commenting below!