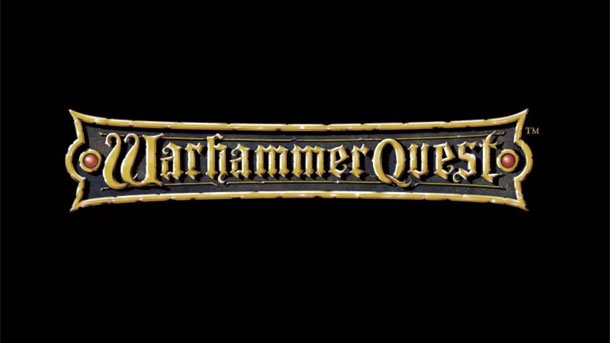 I will start by admitting that I have never played the original tabletop game Warhammer Quest is based on and I can’t compare the mobile experience with the “real life” one. I will say though that as soon as I started playing the game, I felt like home and very soon, after a brief tutorial, everything started to make sense. You don’t have to have played the original tabletop in order to fully experience Warhammer Quest and I doubt that if you played it, you will find the mobile game less enjoyable.

A turn based dungeon crawling game focused on combat and sending to their graves spiders and orc boyz, bats and goblins, Warhammer Quest puts you in charge of the fate of four brave characters: a dwarf, a berzerker, an elf and a wizard, all joined together by their love for treasure and the smell of rotting dungeons. Smell which can actually affect their stats during the game, so it’s as real as it gets! 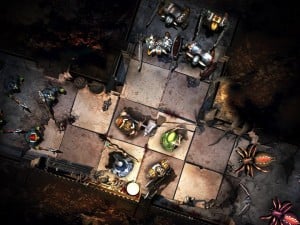 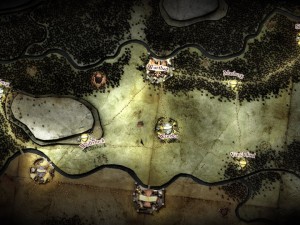 The main gameplay sees you in the bowels of the aforementioned dungeons, trying to reach the very end. Each dungeon is basically a quest and completing it rewards you with juicy loot and the option to go further in the game. The combat is turn based, as is the exploration of the dungeons, and there’s a a bit of a random factor deciding on the enemy encounters and battles. However, prepare to be outnumbered most of the time and get ready to face some really nasty bosses. If you used to hate boss fights in your regular games, you will only know what “hate” really means after playing Warhammer Quest.

When you’re not exploring dungeons and sending giant spiders to meet their maker, you’ll be in towns, where you can trigger random events with different effects on your party, based on your choices (and from what I’ve seen, being noble and good rarely pays off!), where you can upgrade your party members if you have enough money and they have enough experience, where you can visit the market and make a small donation to your governing God, hoping to get a blessing of some sort.

The user interface and general control in Warhammer Quest is one of the best I have ever seen in a mobile game: the landscape view is for the general gameplay, like when you’re visiting towns or experiencing some eco dungeon crawling, while rotating into portrait view at any time during the game opens up the inventory menu with all the extra info for the game. Absolutely brilliant and something that comes naturally!

Of course, there’s not all sugar and honey about Warhammer Quest, even though it’s sweet as grandma’s cherry pie: for somebody like me who is no extremely familiar with the original Warhammer Quest, there are some questions left unanswered. For example, the game fails to explain what each stat is actually used for (there are some pretty obvious ones, but others – like Toughness – are still difficult to understand). There is also the general random factor of every board game that makes some situations a bit too annoying and manages to ruin all your tactical planning, but this is also part of the challenge and fun. 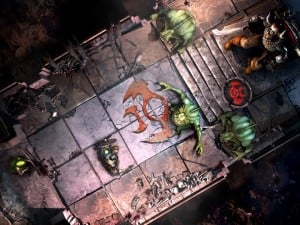 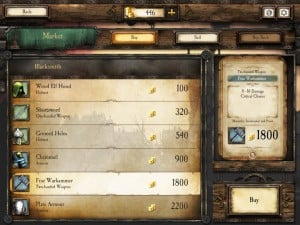 The thing that I have hated the most during my play time with Warhammer Quest was the boss battles. I was actually horrified to know that each dungeon has a final boss battle where I can easily lose a couple of my heroes. And even though I was playing a pussy difficulty mode where heroes are not killed forever, it still hurts a lot to have them killed because they receive no experience for the entire dungeon if they die at the end. And my heroes usually died and that sucks!

Sprinkled here and there like the best Himalaya salt is the game’s story: great storytelling and great writing overall without turning the game into a novel. Visually Warhammer Quest looks really good: the developers have paid a lot of attention to details, the animations are flawless and the general quality of the visuals is pretty high.

Although it does become a bit repetitive later on, with its huge focus on combat and eventually similarly looking dungeons, Warhammer Quest has enough random elements and surprises to keep you going for the full campaign and even spend a bit more money to unlock an extra character and some side missions. It’s a state of the art display of the flawless transition classic tabletop games can make to the mobile world, a place where I personally think that this gaming experience can flourish. For fans of the genre, Warhammer Quest is a must play!