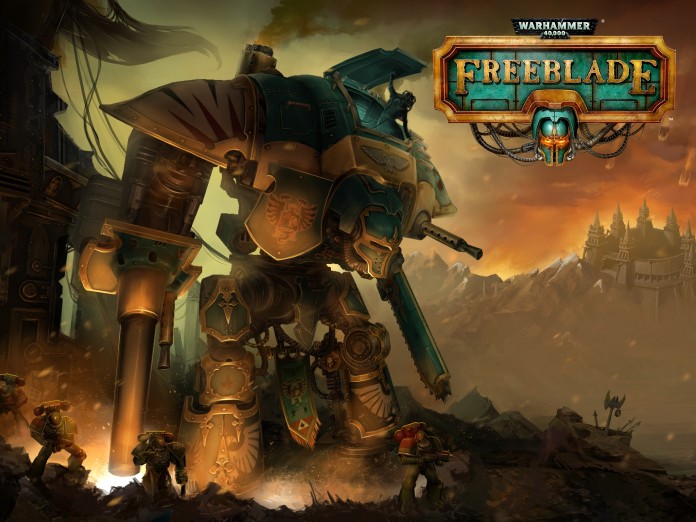 Along with Dungeons & Dragons, Warhammer seems to be one of those franchises that is immune to failing overall. Sure fans can argue over the moon how a version/edition/expansion was lame, but even the “weakest” products will still shift enough numbers to make it a success and with Warhammer 40,000 enjoying another period of media exposure, we’re starting to get a trickle of games based on Games Workshops signature product, with Warhammer 40,000: Freeblade being the latest one.

From the off you can tell developers Pixel Toys put a lot of love into the whole presentation. The graphics are outstanding with the titular Freeblade death-machine looking beautifully menacing, the enemies you face also look the part and the levels, while perhaps not the most inspiring of designs, are nevertheless bold and help with the immersion that you’re fighting the Emperor’s fight outnumbered, but not outgunned. Even the menus have a nice futuristic polish to them. 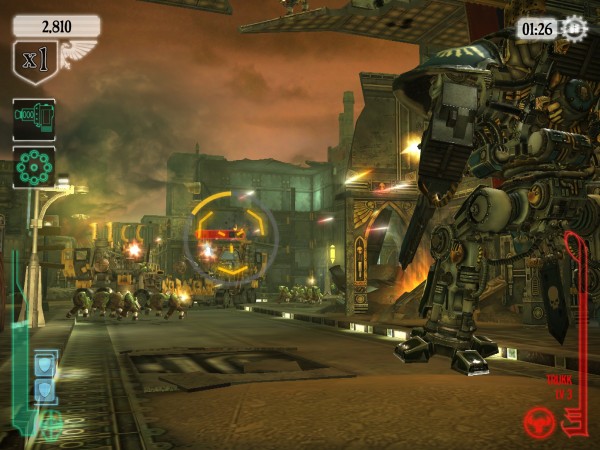 Also helping with the atmosphere is the sound effects. The sounds your Freeblade stomps, the rattle of your chaingun, the woosh of the missiles and the clank and two machines engage in battle do get your adrenaline pumping. The music is atmospheric, setting the mood right even if it’s not memorable.

In a sense, Freeblade is like a Warhammer 40,000 take on Operation Wolf, as it’s an on-rails shooter with the player looking over the shoulder of the walking bipedal of destruction and using one finger to fire the main weapon, two fingers for chain-gun and tapping the screen twice for missiles. It’s a nice control scheme and really, the main concern seems to be how fast you run out of ammo rather than how difficult it is too aim. The last point is quite troublesome as the game starts to get very hectic early on, though you do get some breathing space in the stages after taking out a squadron. Also, the Freeblade is so huge, its size can actually be distracting in spotting enemies, a pain score and damage wise. 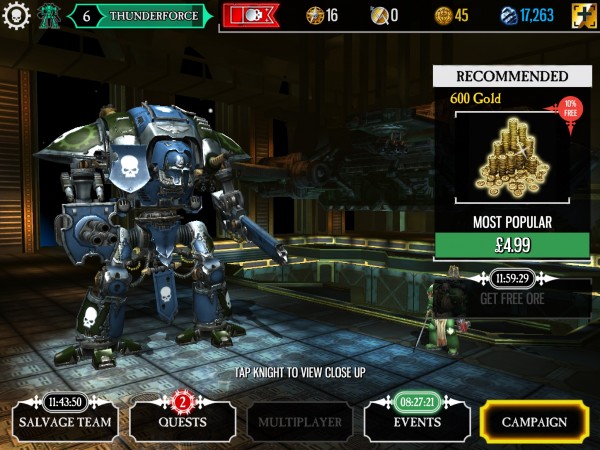 Despite a fun, if somewhat repetitive gameplay, Freeblade does start to become almost dependent on buying premium currency. Very quickly, you’ll start to take a lot of damage and miss out on getting a perfect score because of outdated gear and the best way to stay on top is using premium currency. This is the same, if you want to use more than just the basic offerings for customizing the look of your Freeblade.

Then again, if you’re a hardcore Warhammer fan, chances are you have the money to spend on buying the packs and getting the best loot drops. For those not immersed in the Warhammer world, caution might be warranted in investing a lot of time (and money) into Freeblade. 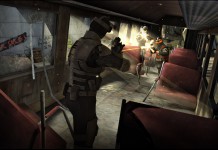 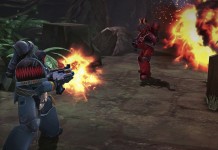