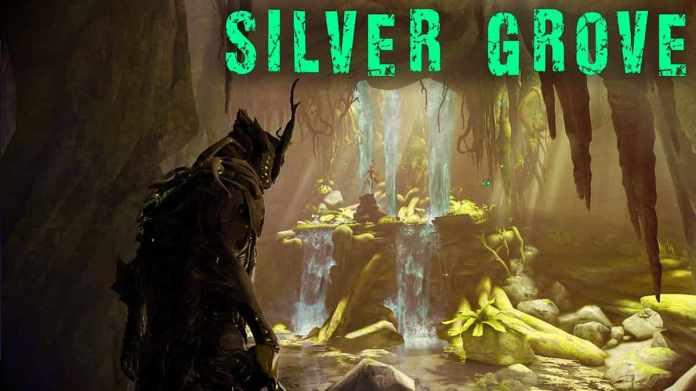 The Tenno works with New Loka to uncover an ancient, mysterious power in Silver Grove, introduced in Update: The Silver Grove. Players will receive Titania Warframe parts if they complete this quest.

RELATED – Warframe: How to Complete the Halls of Ascension

Players must complete The Second Dream and have a Mastery Rank of 7 or higher to unlock the Silver Grove quest.

The quest begins with a visit to New Loka inside a relay and a question about “The Silver Grove” from their leader Amaryn. She explains that the Grineer wants to defile Earth’s purest spot, the aforementioned Silver Grove. New Loka has devised a strategy to reawaken the ancient defenses that protect it. The quest can then be started from the Codex’s Quest menu.

Players will receive a blueprint for a Nightfall Apothic after accepting the quest. Players must use Codex or Synthesis Scanners to locate and scan the various plants the Apothic requires throughout the system to craft the Apothic.

Players will be shown a voice imprint included with the Apothic, which details the log of an unnamed female Orokin-era researcher, in addition to the blueprint.

Players are tasked with visiting E Prime on Earth to find a small shrine, which they must fight past Grineer patrols to find, with Amaryn occasionally giving out pointers as to its location once the Apothic has been crafted and equipped on their Gear.

RELATED – How to Get Nezha Prime in Warframe

No doubt, this game is fantastic and offers tons of cool game modes. Don’t be afraid to give it a shot, and if you get stuck, don’t hesitate to refer back to this guide for help!