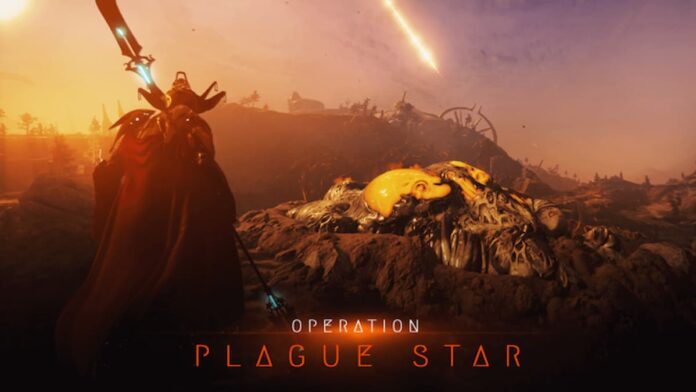 Operation: Plague Star is a Warframe event in which players are tasked with destroying an Infested meteorite that crashes in the Plains of Eidolon, threatening to overwhelm both Ostron and Grineer.

RELATED – How to Defeat the Profit-Taker Orb

If you are wondering what is Operation Plague Star in Warframe, then you’ve come to the right place! Here in this article, we will discuss that and much more in detail.

Outside of Cetus, a mysterious meteorite crashes, revealing a horrifying boil that grows, and the Ostrons have seen Infested life forms emerge from it. Vay Hek is said to have a toxin that can kill the boil, but the villain refuses to help because he wants to get rid of the Ostrons.

Players must complete four tasks or phases in order to steal the Toxin and use it on the boil.

To begin, go to one of the many caves scattered across the Plains of Eidolon and raid the Toxin storage unit, which is usually at the cave’s end.

Once you’ve obtained the toxin, you’ll need to find a mixing machine in an Armored Vault in a Grineer outpost. After putting the toxin in the mixer, you must defend it against Grineer troops for 3 minutes. You can increase the Standing reward by using an Eidolon Phylaxis or Infested Catalysts during this phase, which will also increase the difficulty later.

After you’ve mixed the toxin, you’ll need to find a downed Grineer Drone to deliver it to the boil. The drone must be protected from Grineer and Infested attackers as it travels to the goal, just like in Drone Hijack missions.

Hordes of Infested enemies will spawn to defend the Drone once it reaches the boiling point. While the Toxin poisons the boil, you must hold your ground, and the difficulty of this phase will vary depending on what you did in Phase 2.

The density and level range of the Infested increase with each Eidolon Phylaxis used, and with each Infested Catalyst used, a Hemocyte will spawn at specific points, pausing the percentage gauge until you defeat it.

The mission ends when the gauge reaches 100%, awarding you different amounts of Standing depending on how many Eidolon Phylaxis/Infested Catalysts you used.

RELATED – How to Get Protea in Warframe

That’s the basics in a nutshell. Tell us what you think of the game, and if you haven’t played it, what are you waiting for? It’s free to play and easy to get into. Go ahead and give it a try, and if you are finding trouble, don’t hesitate to fall back to this Guide for tips! 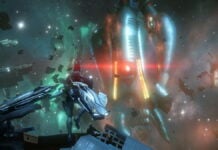