Home Guides Warframe – How to Get the Proboscis Cernos 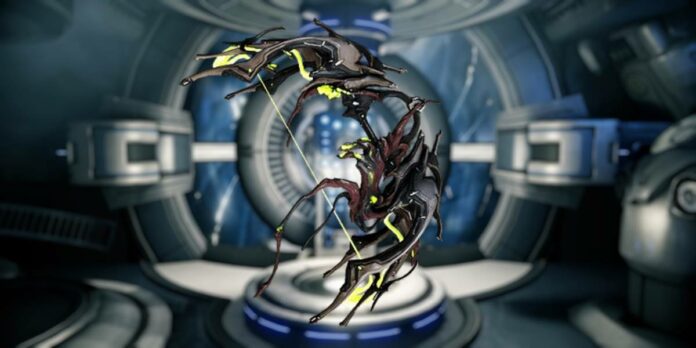 How to Get the Proboscis Cernos

Getting the Proboscis Cernos is actually quite easy, as long as you have the materials on hand. First off, you’ll obviously need an existing Mutalist Cernos bow in your inventory. You can purchase the Mutalist Cernos’ blueprint from the Market for 20,000 Credits.

Related | What are the Platinum Prices in Warframe?

The Proboscis Cernos fires arrows that, upon colliding with a surface or enemy, burst into long tendrils that seek out nearby enemies and draws them into the arrow’s explosion. The arrows deal a high amount of slash and impact damage, making them effective against health and shields.

When the tendrils are pulling in enemies, they deal slash and viral damage over time, and the final arrow explosion deals a high amount of viral damage. The arrows are very effective against flesh-type enemies, namely the Corpus enemies.

The Proboscis Cernos pairs well with abilities that require enemies to be in a small area of effect. The weapon is also a good fit for Spectres because of the pulling ability. This bow can work in a variety of builds, so try it with your favorite Warframes.

That’s all about the Proboscis Cernos. If you have any other tips or tricks to share, let us know in the comments below!