Home Guides Warframe – How to Get the Pennant 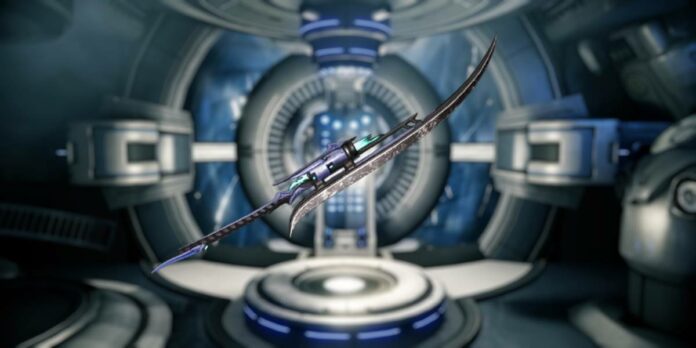 A weapon from ages past, the Pennant is one of the three two-handed nikana weapons in Warframe. The Pennant saw use mainly during the Old War, but it has withstood the test of time, being more than capable in modern combat. Today, we’ll show you how this weapon works and how to obtain it in our Warframe guide on how to get the Pennant!

How to Get the Pennant

The Pennant’s blueprint cannot be bought—it must be obtained through enemy drops. The blueprint has a 7.3% chance to drop off of:

You can find all of these enemies in Empyrean missions located at:

Once you have the blueprint, take it to your Foundry to craft it. To craft the Pennant, you’ll need:

Related | Warframe: How to Solve the Glassmaker Part 5 Puzzle

The Pennant is a fast weapon that can cut through foes with relative ease thanks to its high critical chance and multiplier. The Pennant will temporarily gain an attack speed buff whenever you slay an enemy with its heavy attack, and it stacks as well.

The Pennant deals very high puncture damage, making it very effective against armored targets. On the flip side, it deals incredibly low slash and impact damage, so don’t use it against targets with health or shields.

That’s all there is to the Pennant. If you have any other tips or questions, let us know in the comments below!