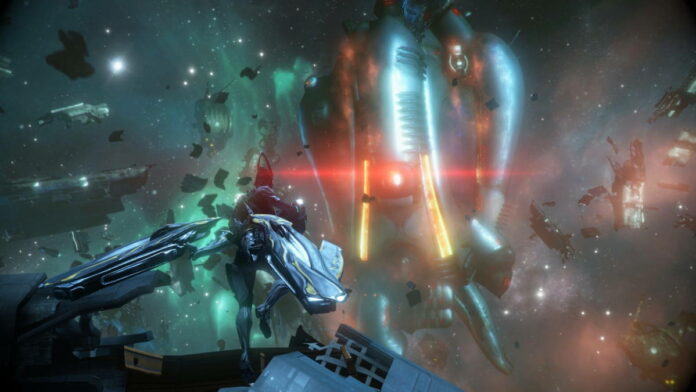 The Grineer have launched an orbital offensive, and it’s up to you to counterattack in the “Fomorian Threat” event in Warframe. You’ll need special gear and your Archwing to complete these missions, so gear up and get ready with the help of our Warframe Fomorian Threat event guide on tips, rewards, and more!

How to Complete the Fomorian Threat Event

At the beginning of the “Fomorian Threat” event, the Grineer will launch massive battleships called Fomorians to attack a randomly selected planet. Your objective during this event is to take down the Fomorians and drive the Grineer away from the planet, utilizing a special item called the Fomorian Disruptor and your Archwing.

To begin, you’ll need the Fomorian Disruptor blueprint, which can be purchased from the Market. It can be found under Equipment, then the Gear tab. The blueprint costs 5,000 credits, and you’ll need the following materials to craft it:

Once you craft the Fomorian Disruptor, equip it in one of your gear slots and then head on over to the planet under attack. You’ll be able to start the Fomorian event mission, which will have you launch a direct assault on the battleship.

Related | How to Fix Warframe GO/Mobile Crash and Lag

Make your way onto the Fomorian. Once you’re inside, use your Fomorian Disruptor to disable the ship’s internals and reveal the orange power nodes. Destroy as many of them as possible for the maximum reward, then escape the ship. The mission is complete!

Alternatively, if you’ve already destroyed a Fomorian in the past, you can simply board the ship and use the Disruptor then leave. You only get the full bonus for the first time you destroy the orange power nodes, so don’t bother doing it on repeat playthroughs.

The possible rewards for clearing the Fomorian Threat mission are five Gold Cores, or an Imperator Vandal component.

That concludes our guide on Warframe‘s Fomorian Threat mission. If you have any other tips or tricks to share, let us know in the comments below!