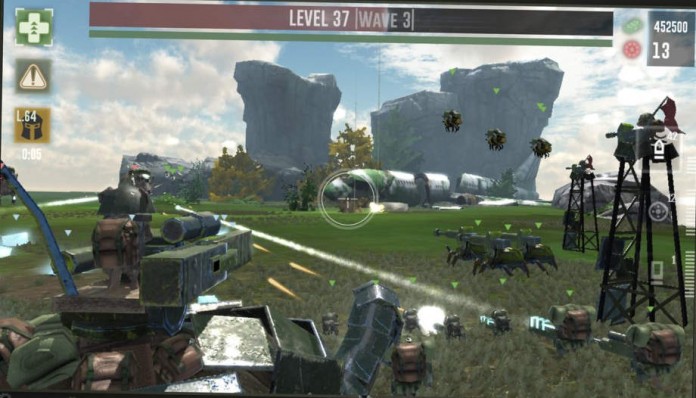 Endless shooter game War Tortoise has just received a brand new update that brought in a lot of much needed changes, as well as new stuff for us to enjoy the game even better. The biggest change is the introduction of Heroes in the game and we’ll talk about them here, as well as all the other fixes and improvements that this new update brings.

There are now 6 heroes that you can unlock in the game with premium currency, with one of them being unlocked by default. The great thing about Heroes is that they deal a ton of damage, have special abilities that give you huge bonuses in battle and they also stick with you after you get to the next generation, so it’s really worth investing in them. They level up automatically, gaining experience with each wave, but the downside is that they cost premium currency to unlock (but at least you get the first one, which is really powerful, for free). Here are the War Tortoise heroes and what they do:

General One-Eye: The one that’s unlocked by default. Increases other units damage by 60% and decreases fallen units’ respawn times by 50% when active. Active ability: All support units deal +1000% damage for 10 seconds (great to use in Boss Battles, for example).
PackRat: Instantly spawn 10 Mineral Orbs. Also, each Mineral Orb that you collect give him a temporary damage boos of 145%.
Squirrel CrackShot: Can shoot through multiple enemies with one shot and will always target enemies with exclamation mark first. Active Ability: Launches a barrage of missiles that kill all non-Boss enemies marked with exclamation marks.
Rabbit Chief Medic: Heals the War Tortoise 20% HP every 25 seconds, and randomly makes enemies get 50% more damage and cause 50% less damage. Active Ability: the War Tortoise becomes invincible for 5 seconds.
The Great Horned Toad: Jumps in combat, causing 25% of its total damage as a shockwave. Active Ability: Stuns all non-Boss enemies on the battlefield for 15 seconds.
King Crab: Deals +362% damage when in Auto Battle. Active Ability: Instantly kill all non-Boss enemies in a 100m Radius.

The good thing about these bosses is that they level up and they get better as you go through the game. The best to unlock, in my opinion, is the Rabbit Chief Medic, followed by The Great Horned Toad. The King Crab is, in my opinion, the least useful.

This latest update also brought in a bunch of other changes and you can check out all the details below:

• Added a store item to remove Ads (and instantly skip video ads)
• Newly generated Perks now scale significantly based on you current Best Level
• Lesser tier units now get bigger bonuses from perks to help scale them better
• Increased the damage of all primary weapons (MG, sniper, howitzer)
• The “skip” store item now skips significantly more levels per purchase, based on your current progress
• Mineral Orb value now scale for a much lower cost, making them more viable late game
• New “Quick Buy” rollout to allow you to buy many upgrades at once – hold the buy button to see the Quick Buy options
• Money cap while away is now based on your best Level instead of your current Level, generally increasing away money for all players
• Will no longer generate perks for units/weapons you haven’t unlocked yet
• Decreased required level to go to next generation
• Continuing now requires watching a video ad instead of using a Token if you have been defeated and can’t go to the Next Generation
• Enemies with heavy weapons are now marked with a red exclamation
• Reduced the scaling of enemy damage (less one-shot kills)
• Rebalanced several enemies
• Increased tracer fire speed
• Fixed a bug with the 2x Damage store item – players who purchased this item should see a HUGE increase in power
• Fixed a bug with Mortar AOE perk not applying
• Fixed a range display bug on Support Tortoise

All in all, a good update that made a great game even better. Make sure to check out our tips and tricks if you need help progressing faster and understanding the game’s mechanics. 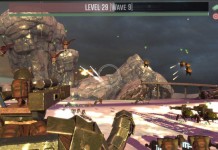 War Tortoise Cheats: Tips, Strategy Guide and How to Go to Next Generation Properly