Home Game Guides War Tortoise Cheats: Tips, Strategy Guide and How to Go to Next... 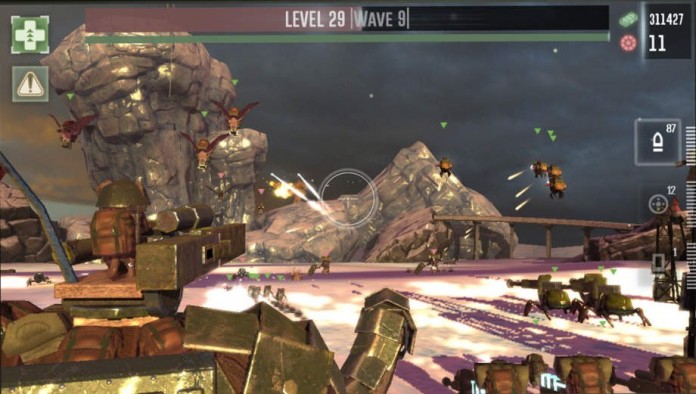 Foursaken Media have just launched one of the best iOS games that I have played in recent times: War Tortoise, a shooter game that borrows elements from the endless clicker genre and, surprisingly, manages to deliver an truly unique and completely outstanding experience. I am sure you love the game a much as I do, but you might wonder if there are any War Tortoise cheats and tips to help you get better and get the most out of this amazing game. I am here to share them all with you – and we’ll start with a bunch of tips and a complete strategy guide to get as far as possible in this game.

So let’s not waste any time and let’s check out below some War Tortoise tips and cheats!

1. You don’t have to aim
You probably know this already, but I just have to say it: you don’t really have to aim, just make sure that the enemy is within the red circle and you will shoot at them. I didn’t see any bonuses for headshots or anything like that, so your only goal is to make sure that you’re actually targeting somethin.

3. Upgrades are the most important part of the game
The way you upgrade your weapons and allies will mean easier or more difficult overall runs for you. There are multiple strategies that you can try, but based on my experience, here is how you should work on your upgrades in early game (and you’ll get a lot of early game runs!):

– first thing to get is the Mouse Assalt Squad, then get the Sniper (for when the Rhinoceros Beetles arrive)
– Get the Mining Tower to level 2 afterwards
– Get some Machine Gun Damage Upgrades, then unlock the Mouse Gunner Squad and then the Towers.
– Keep upgrading their damage and, as soon as possible, their numbers

After this stage, you should start upgrading different stats as well – it took me a while to realize that all the things that you can upgrade have different categories: for example, the Defense of the tortoise has health and armor: just tap the icon to switch and have even more places to spend your money.

The point when upgrading is to focus as much as possible on dealing damage: so always prioritize damage, then things like reload time or health of your allies. Remember that your allies draw some enemy fire as well (especially the Mouse Assault Squad and later on, the drones) so keep them healthy and fine to save you from some tough hits.

Finally, leave the upgrades that make small changes (like the critical rate) last: they are extremely useful, but they are expensive and your money can be spent elsewhere – just when you’ve got everything just about done, start worrying about that too.

4. Choose your perks carefully
Whenever you complete a goal, when the indicated time passes or if you decide to purchase some shields you will get the chance to get some perks. Perks are permanent (meaning they won’t reset when you go to the Next Generation) and therefore extremely useful. You usually get the chance to choose one from free and again my suggestion here would be to focus on damage dealt. Extra money might sound nice for getting a head start bonus, but it’s the late game that you have to think about and focus on, so always go for the extra damage, even though some of the items seem so far away.

One thing that I particularly did and I don’t regret doing it is the purchase from the Store of the Power-up that allows you to start at level 2 when you start a new generation (and then level 3, when you are big enough): this just saves you a bit of time and it’s always welcome.

5. Love your machine gun!
Even though there are so many other things to use in the game to deal a lot of damage, it will be your machine gun that will be used the most, so remember to take good care of it: always upgrade it as much as possible and unlock all upgrade tiers for it. Keep them well balanced and you will go further – a machine gun that’s not upgraded won’t do you much good and you’ll struggle to get any progress.

6. When to hit the Next Generation button
Every time you play, there will be a point where you will start struggling a lot to keep on going. My personal strategy is to hit the Next Generation button after getting my War Tortoise destroyed 3 times on a run (this means that I get destroyed, continue and so on). This helps me move forward in a game a bit more and I do believe that the Next Generation bonuses are based on either the stage you’re at or the number of upgrades you have purchased. Either way, starting over in the same generation after you get destroyed helps you make more money and buy more upgrades, getting a bit further, so always do it, even though the wait times get a bit out of hand.

Always get to a new generation when you actually improve (preferably by a lot) your perks and have in mind that other perks you have unlocked might change the bonus values that you’re getting. And finally, here’s me playing the game for the first time and absolutely loving it (sorry for the delay in sound):

This would be it in terms of War Tortoise tips and tricks. If you have anything else to add to help fellow players, let us know by commenting below. 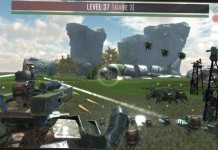