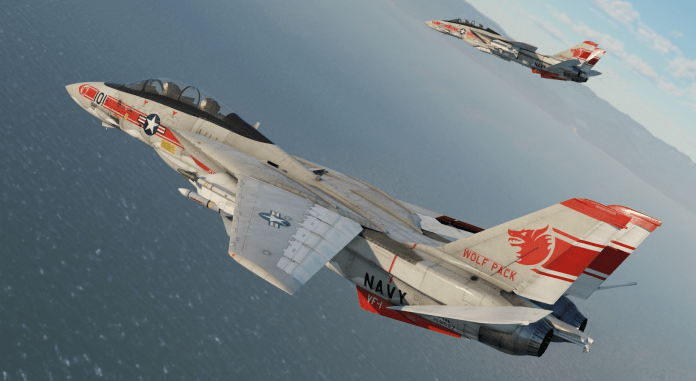 War Thunder is one of the most exciting multiplayer projects related to different tanks, warships, planes, and other vehicles. There are many various aircraft that you can pilot and today we are going to tell you about the most the best among them. This guide will provide you with a list of the best planes in War Thunder.

War Thunder is a huge project that has many various aircraft and they are divided into a few groups. Each of the nations that are present in this game has an impressive list of different planes. All of them have their unique stats and some planes perform better than others. So, today we are going to provide you with a list of the most effective planes in War Thunder.

F-4C Phantom II is a famous American jet fighter that is able to deal a decent amount of damage. It is armed with air-to-air missiles that work great against other aircraft. Also, this jet fighter flies really fast and most opponents are unable to keep up with it.

MiG-21F-13 is a soviet aircraft that belongs to Rank VI. Its Battle Rating is 9.3 in RB, 8.7 in AB, and 9.7 in SB. It is armed with various weapons that can target ground vehicles and other aircraft. So, MiG-21F-13 is one of the best planes in this game.

F-14A is a Rank VII naval jet fighter that has a Battle Rating of 11.3. It is able to fly really fast and its maximum speed is above 2,000 km/h. Also, F-14A has some powerful weapons that are able to deal a decent amount of damage.

This Phantom belongs to Rank VII and it is armed with quite powerful missiles. These are able to take out most of your opponents. Also, these missiles can reach targets that are located really far away from your plane and this feature makes F4J Phantom II a big threat to other aircraft.

The final aircraft on this list is a Soviet Rank VII jet fighter. The most remarkable thing about MiG-23M is its high speed. This plane is able to outrun most of your opponents and this feature will make you a really problematic target.

There are many planes that you can pilot in War Thunder and if you want to tell other users about your favorite aircraft you can use the comment section below this article. Also, you could check our list of the best tanks in this game. Good luck with your further battles in War Thunder!