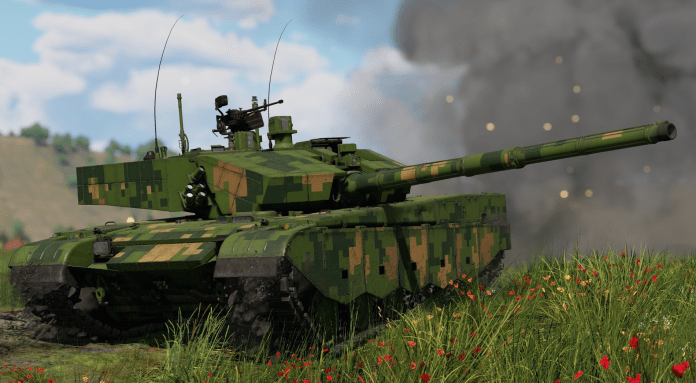 War Thunder is a famous multiplayer game that allows you to drive many different vehicles and fight against numerous opponents. The project has a huge list of various tanks and you may want to learn which of them is better. So, this guide will provide you with a list of the best tanks in War Thunder.

War Thunder is a huge game and it has an impressive list of different vehicles you can use. Today we are going to talk about the best tanks that this game allows you to play. These giant machines are able to deal a decent amount of damage and take some hits. However, they are not equal and some tanks perform better than others. So, let’s take a closer look at these vehicles!

Leopard 2K is a German Rank VI tank that allows you to participate in top-tier matches. Its Battle Rating is 9.7 and this is one of the best tanks on this BR. So, we highly recommend you use it as it has a powerful cannon and great mobility. You will be able to hit your opponents and run away before they try to strike back.

T-64B is a Soviet Tank that has a Battle Rating of 9.7. So, it is able to encounter Leopard 2K but its specialty is different. T-64B is known for its survivability and powerful gun. Also, it is quite mobile and is able to perform some flank maneuvers.

This British MBT seems to be quite powerful. It has some great features like aiming aids, night vision, and a laser rangefinder. Also, it has a weapon stabilizer and a good movement speed. So, it is a great tank for those who want to shoot their opponents from a decent range.

Panzer IV is a famous German Tank that was used in World War 2. It is quite slow in comparison to its opponents. However, the survivability of this vehicle is impressive and its gun is able to deal decent damage.

M1A2 Abrams is an American all-rounded battle tank. It has great mobility, armor, and a gun that hits hard. So, this is one of the most popular options for those who want to fight in top-tier matches. M1A2 Abrams performs fantastically even if some of the opposing vehicles are able to move faster or hit harder.

There are lots of different tanks you can play in this game and you can write which one is your favorite in the comment section below this article. Also, here you can read our guide on how to unlock the new vehicle called Sturmtiger. Good luck with your further matches in War Thunder!