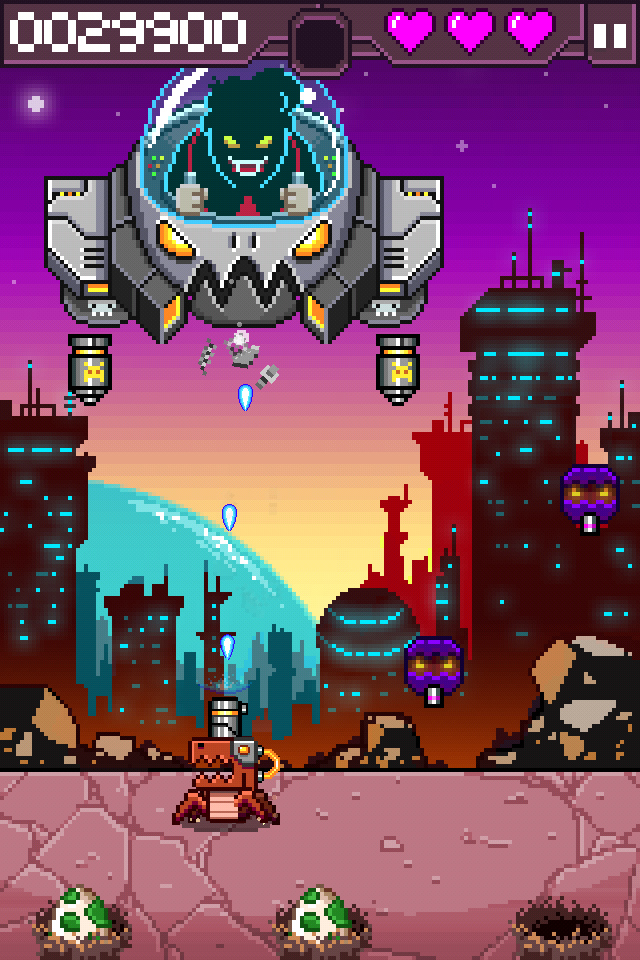 We’re talking about Velocispider, an old school shooter that’s prefect to pick up and play. No complicated plot, no subsystems or complicated mechanics, just shear amounts of old school fun.

Velocispider plays pretty much like many other 8-bit inspired shooters. You’ll have to protect three eggs placed at the bottom of the screen while shooting down waves of enemies. The only thing that really sets the game apart from many other games of the genre are the controls, as your spider will be controlled by tilting while shooting will happen automatically.

With the standard shot being kinda weak, the first thing you’ll want to do is get some of the available powerups which will improve your performance consistently. You can also touch the screen to start charging a powerful attack that can take care of weaker enemies in a single strike.

As you can see, Velocispider is an old school game that doesn’t even try to do anything differently. Its gameplay experience  is incredibly solid, perfect to play on the go when there’s nothing better to do, something that all gamers will surely enjoy.

Velocispider is now available for free this weekend on the App Store.