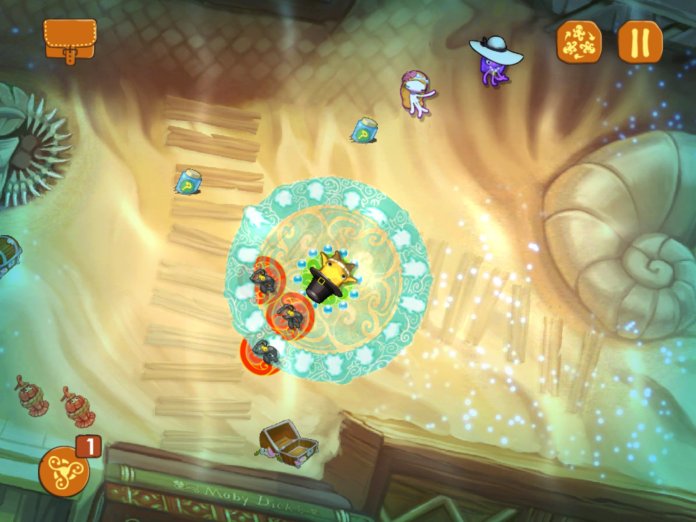 If you don’t have anything really exciting to do this weekend, you may want to take a look at the unique role playing game Squids Wild West.

Even though the game has been released as a paid release, you will be able to get it for free this weekend from the App Store. Discounts are always nice but getting a game for free is always better, even if the app only costs 99 cents.

Squids Wild West is the sequel to another game from the same team simply called Squids, which mixes strategic elements with role playing games ones. As expected from the game’s title, your Squids will now wear cowboy hats.

The main goal of the game is to grab these squids and fling them across the battlefield. The touch screen controls make the game an exilarating experience. The role playing game elements, however, will sometime force you to think about what you’re going to do next. Everything considered, it’s a really fun experience that sport an unexpected depth: it’s a game that really anyone can play. It’s also a good introduction to some of the most basic role playing game mechanics since you’ll be able to level up your characters with items and customize them to your likings.

Squids Wild West is now available for free on the App Store. The game can be played on both iPhone and iPad. If laziness got the best of you, you can check out a video of the game right below.