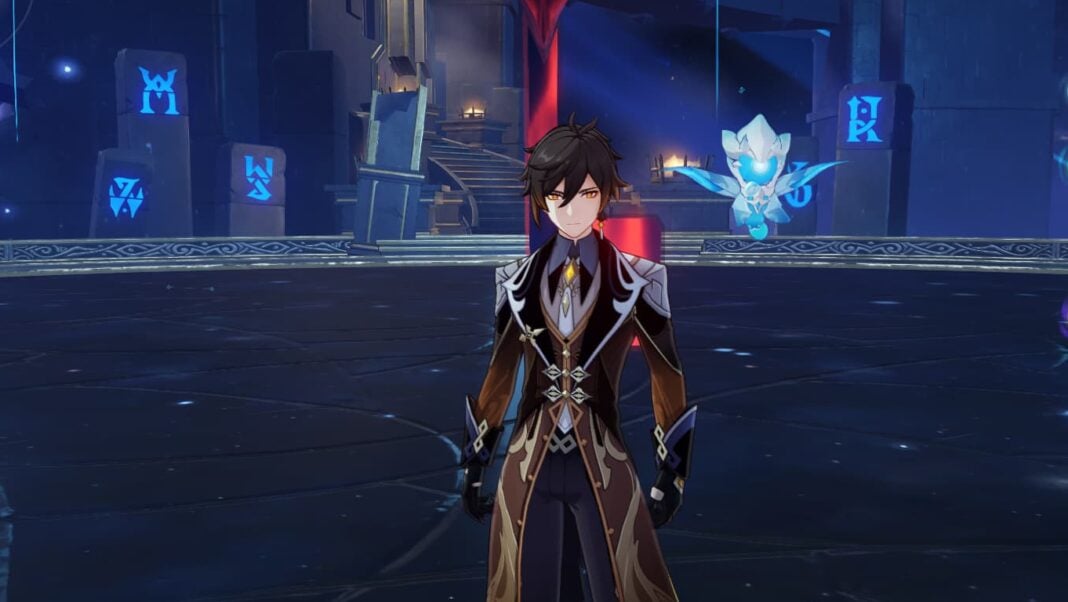 In this guide, we will tell you the basic team composition, Imrinsul fruit configuration and other things required to clear the domain.

In Twisted Realm – Domain of Heresy, players have to defeat only one enemy and that is the Abyss Herald. However, the main catch here is that in set intervals, the Abyss Herald will summon group of Hilichurls and Samachurls who will aid him in his battle against you, the player.

The group will also heal the Abyss Herald and increase his resistance against your attacks. So, be prepared for all that.

The recommended elements for clearing the Twisted Realm – Domain of Heresy is Cryo, Electro and Anemo. We recommend you have two Geo users to lower the enemies resistance. Furthermore, to get Crystallize effect and Shields. Cryo is important in the latter half of the fight to freeze the enemies.

While selecting modifiers before battle, try to avoid using ones which increases the attendants stats like healing, damage, etc.

In terms of the fruit configuration, there is not much to be selective about. Just equip all the Imrinsul fruits you have unlocked so far. Just make sure each slot is full.

Here are some of the food items that you must use to buff your character before fight.