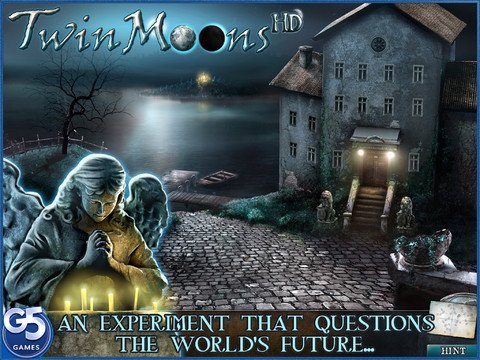 I don’t know about you, but I love to play my adventure games on a Sunday afternoon when everything seems to stop moving and only the cold water drips on by cold can of beer seem to have a life. And I like my adventure games as I like my beer: chill and with a strong personality. Twin Moons is such a game.

An adventure game available on iPhone, as well as iPad in HD, Twin Moons puts you in the shoes of Jack, a man who lost his memory 10 years ago and who decides it’s time to get it back, thank you. In order to do so, he embarks on a quest based on a dream and finds out that the reality is just as crazy as the dreams our mind can produce.

In Twin Moons, you don’t only embark on an adventure of self discovery, but you also uncover a mystery that gives you a truth that you never thought possible. And no, I can’t be less ambiguous without spoiling the story, and that’s not what I have in mind to do – so instead play the game and see where it goes. 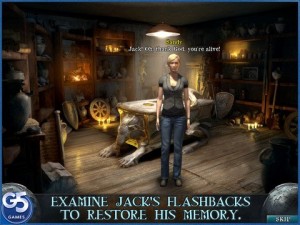 In terms of gameplay, Twin Moons is your classic adventure game that you’d expect to come out of the gates of G5 Entertainment: you have to do a lot of walking around, collecting different items that you use later on to unlock even more areas and solve puzzles. It’s the basic type of gameplay and except for some really nice puzzles, there’s no real desire from the game to revolutionize the genre. Why fix something that ain’t broken, huh?

What I really liked about Twin Moons was the fact that both the graphics, as well as full voice overs and general soundtrack fit extremely well with a nicely written story. Because, yes, despite having a pretty basic story for a casual adventure game, Twin Moons does try to make it as enjoyable as possible with solid voice acting and beautifully designed characters. The only drawback is caused by the pretty long loading times of each area – something that becomes really annoying later on.

In terms of difficulty, if you play it on casual like I do (well, the “one beer” actually becomes a bit more and it’s hard to solve puzzles under the influence), you should worry about nothing: you have a hint meter that fills up relatively quickly and guides you to the next thing to do, you have pretty straightforward puzzles that can be skipped after some time if you can’t do it and nothing is that well hidden or difficult to have you put that thinking cap on. But all goes together really nice and the result is quite satisfying, even though not at all breathtaking.

In terms of mystery storytelling and as an adventure offering, Twin Moons is perfect for that lazy Sunday afternoon that I was talking about: it’s not a game to remember for years to come, but not one to put down before you finish it either. So for fans of the genre and especially the more casual players, Twin Moons is a game to at least try out: the first part of it is free and if you like what you see and are curious to find out how Jack’s adventure ends, you can purchase the rest. 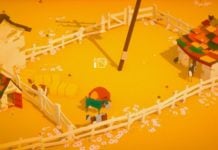