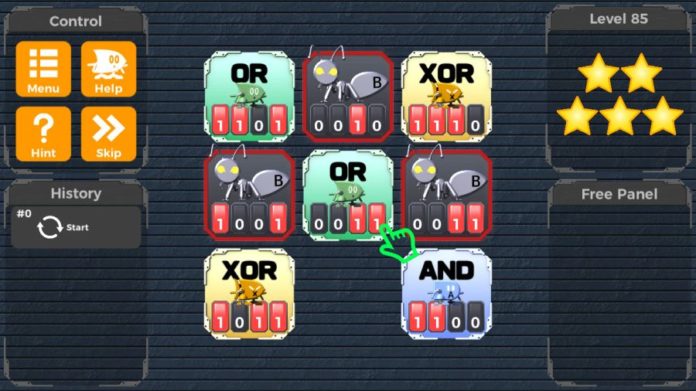 Techy puzzle fest Trybit Logic earned plenty of plaudits among computing fanatics when it launched on iOS and Android, and a bespoke Nintendo Switch edition is the latest string to its bow.

Himacs’ logic-based puzzler pits players against a horde of bugs and shows them the ropes on logical operators while they do battle with them.

The aim of Trybit Logic is to help a friendly ‘Bitrobo’ fight off the glitch invasion, and the best way to defeat the bugs is by combining operator panels and flicking their switches to either 0000 or 1111. 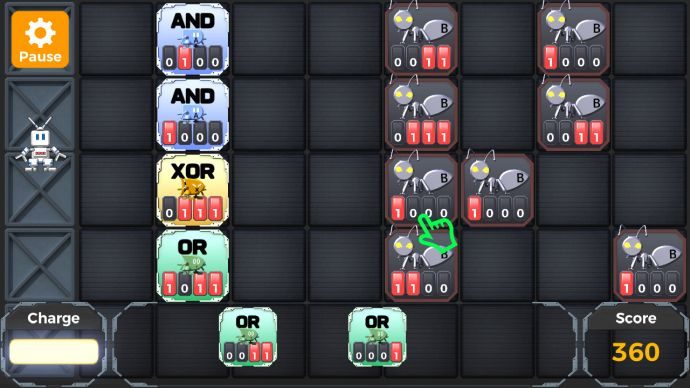 The Switch version of the game can be played on the go or hooked up to a TV screen, and there are two modes of play on offer: Puzzle and Defence.

In Puzzle Mode, players must combine the panels to kill off the bugs when they pop up, while in Defence mode, the aim is to stop them advancing from the right of the screen to your Bitrobo chum on the opposite side. 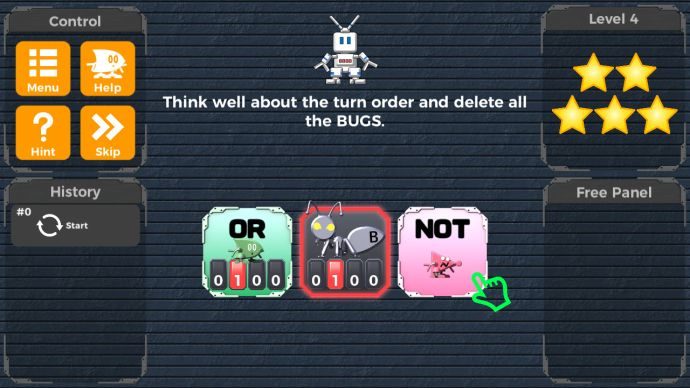 A special attack, tied to a rechargeable energy metre, can be used to vanquish all of the bugs in one go, though it can only be harnessed sparingly.

Trybit Logic, which has proven a big hit with budding computer engineers, is available to download from the Nintendo Store. 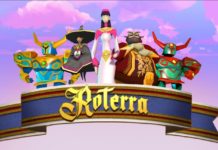 Explore a Gravity-Defying Fairytale World in Roterra, Soon on Mobile